Powertrekk's Battery Powered By Water, But Is It Green?

I consider myself a green-minded person and always up to try new, Earth-friendly methods of powering the many gadgets I carry on a daily basis. So, in theory, I should be excited about the Powertrekk water-powered battery pack.

It’s been in development for a long time and is finally set to come to market this spring for $229. That’s quite expensive, but green tech often is.

The idea behind the power pack is that you can add a bit of water and charge a bus-powered device. While this sounds awesome and futuristic, there are some major caveats. 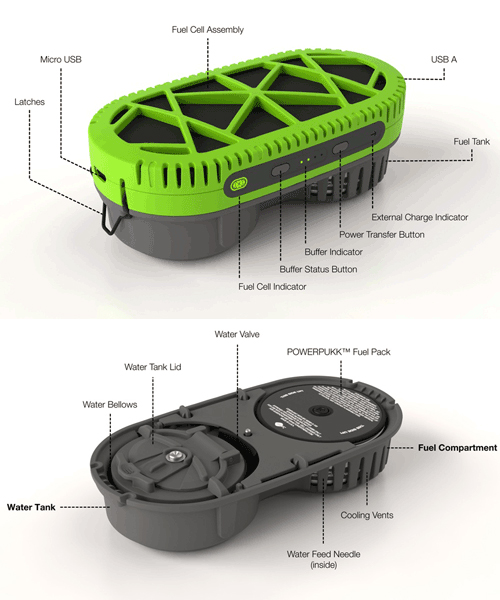 The power from water thing only works if you have a PowerPukk Fuel Pack, which does the converting of water to energy (see Electronic Products for all the geeky details). This hockey puck-sized pack will output the power equivalent of 4 AA batteries, then you’ll have to replace it. New PowerPukks cost $12.

While these fuel cells are recyclable, there is no where to do so right now.

The Powertrekk also has a traditional rechargeable battery inside so you can power devices even if the fuel cell runs out of juice. But then the world already has a few solutions of that type.

As I said, I like this idea in theory. And converting water into energy is pretty sweet. However, this feels more on the level of a proof of concept than a ready for market product.

You won’t get much juice out of each fuel cell, which means you’d need to carry a bunch of them with you to be really useful in a situation where water power is needed. Why not just carry extra battery packs or a solar charger? Plus, it’s an expensive little experiment.

For now I’m filing this under: good idea, needs work. I hope the company behind the Powertrekk keeps developing and innovating int his space.