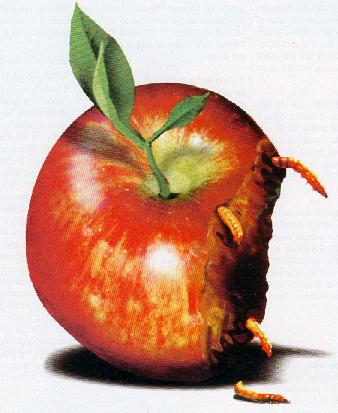 PR experts are a dime a dozen. I know. I’ve been one. You guess right some of the time and you guess wrong as well. Tried and true strategies eventually become tired and stale as the public catches on to the game. New attempts at damage control work sometimes and don’t others. So much depends on the client’s willingness to  eat some crow. And that sell is usually harder than the one to the public. Witness any number of political scandals, Toyota, BP… you name it. History is filled with these kind of episodes.

In the wake of the Consumer Reports back pedal on recommending the iPhone 4 after more testing on the “Death Grip” issue, the PR experts quoted in this article are all lining up behind the tried and true strategy of get out front, admit your mistake, issue a product recall, and try to salvage your brand.

As much as that is what the playbook says, it will be a tricky maneuver any why you slice the fruit for Apple. There is much at risk. As work-arounds for the technology issue have been uncovered, I’ve been saying all along that the bigger risk to Apple is the PR disaster.  Technology issues can be solved. Perception issues can haunt you for much longer. Quite honestly, I think any future Mea Culpa may already be too late. Not because of the time that has elapsed since Apple released the crippled iPhone 4, but because of Apple’s  ham-handed response to the problem so far. If arrogance were underwear, Apple has shown it likes to wear long johns, and insulated long johns at that. Quite honestly, (to use Apple’s Claude Rains-like wording) I’m “stunned” at how bad the initial response was.

If Apple doesn’t act on this within a very short window of time, every future product launch will be tainted by a company that already has a legion of fans who, while rabidly crazy over new products, will wait until the kinks get worked out before plopping down their cash. Of course they have succeeded in creating larger legions that will purchase blindly on launch day and that’s the larger problem. Apple has now put the carefully cultivated circus that surrounds its product launches at risk. Just imagine if the iPhone 4 launch at preceded the iPad launch instead of the way it played out. I don’t think Apple would have had the same runaway success with the iPad it has on its hands currently.

Watching this story unfold is going to continue to prove very, very interesting.