The FIFA 15 release date arrives in a few hours and if you want to play as soon as the clock rolls over to midnight you can follow this guide to pre-load FIFA 15.

If you participated in the early FIFA 15 release option through EA Access you don’t need to pre-load FIFA 15 as it is already downloaded and ready to play.

Read: 11 Things You Need to Know for the FIFA 15 Release Date

The FIFA 15 download is 12.5GB on the Xbox One, which takes some time to complete, even on a speedy connection. By pre-loading FIFA 15 you don’t need to wait for 12:01 AM Pacific / 3:01 AM Eastern to start the download. Instead you can play FIFA 15 as soon as the release date arrives. 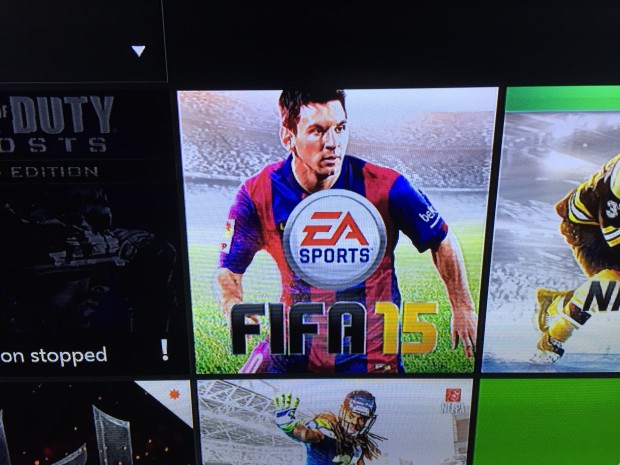 Here’s how to start a FIFA 15 pre-load so you’re ready to play.

One big downside to the digital FIFA 15 release date is that it is set to Pacific time for all PS4 and Xbox One users, three hours after midnight releases at GameStop and other retailers.

Pre-Load FIFA 15 on Xbox One 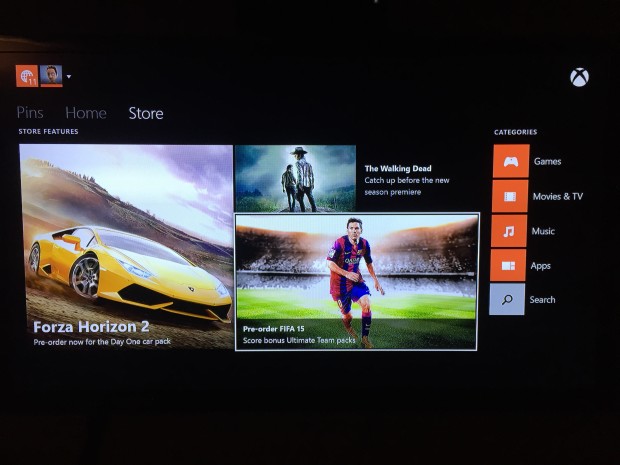 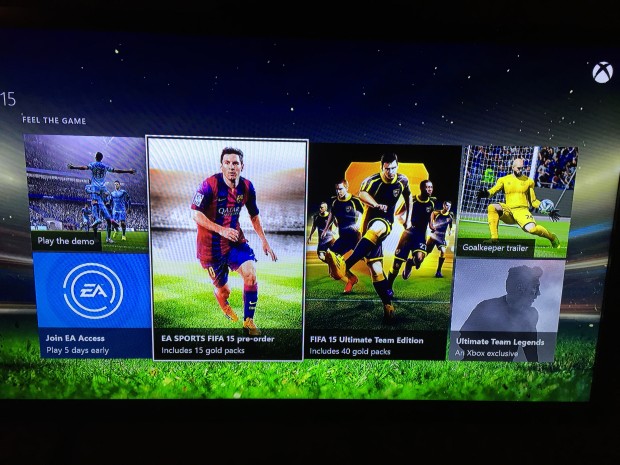 Select the FIFA 15 pre-order option by pressing A on the Xbox One controller. 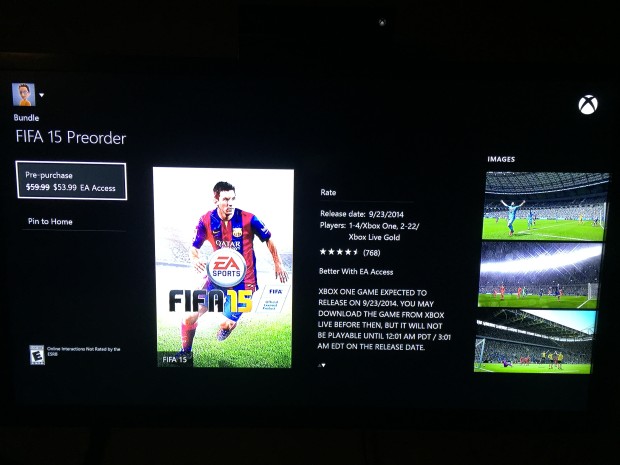 On the FIFA 15 product page highlight Pre-purchase and press A. You’ll confirm the purchase with Xbox credit or to the credit card tied to your account. 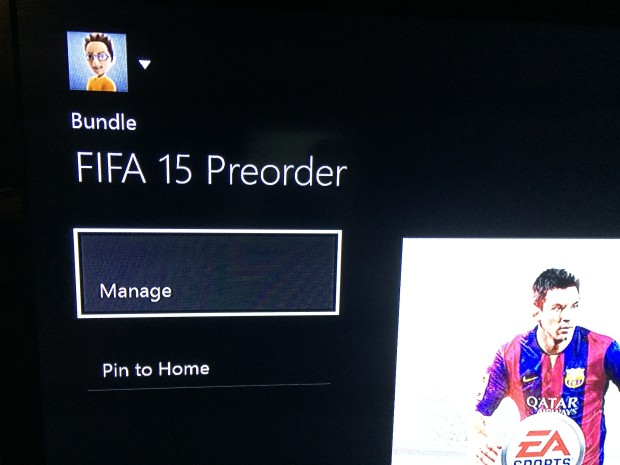 After you complete the purchase choose Manage to instal FIFA 15 early.

That’s all there is to pre-load FIFA 15 for fat play on the FIFA 15 release date. Even if you don’t plan to wait up until midnight it’s a great idea to spend five minutes to set up the FIFA 15 pre-download option on PS4 or Xbox One so that the game is ready when you get home from work or school.

It made more sense to buy Madden 15 on disc, but with the FIFA 15 release you can buy the standard version for $59.99 and the FIFA 15 Ultimate Edition for $69.99 with 40 FUT packs delivered across the coming weeks.

If you don’t want a digital version there is a midnight FIFA 15 release event at many GameStop locations. Stores are open from 9 PM to 12:30 AM local time. You can also [easyazon_link asin=”B00KPY1GJA” locale=”US” new_window=”default” nofollow=”default” tag=”gbm-ea-20″ add_to_cart=”default” cloaking=”default” localization=”default” popups=”default”]order FIFA 15 from Amazon[/easyazon_link] for all major systems.