It was as predictable as a Swiss watch. Yesterday Google formally announced its Google Drive product, that allows users to store files, documents, etc… on Google’s servers and access those files as if they were stored on a local hard drive. As we’ve seen time and time again these kind of services raise privacy issues. The headline writers and click seekers were predictably quick to jump yesterday, proving once again that the while everything that gets put on the Internet is always forever, the memories of those who write for the web give the phrase “short term” new meaning. 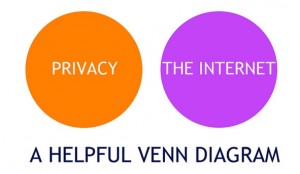 First, let’s remember on March 1 when Google rolled out new a new privacy policy that would be unified across all of its products. Folks were concerned then. The EU is actually very concerned, as are a few members of the US Congress. Google Drive launched under that same policy and anyone who was surprised by this really wasn’t paying attention. Essentially, the privacy policy is the same as it is for GMail, Google+, Google Maps, etc….

Second, as to the part of the policy that has folks up in arms it states the following:

Your Content in our Services:When you upload or otherwise submit content to our Services, you give Google (and those we work with) a worldwide licence to use, host, store, reproduce, modify, create derivative works (such as those resulting from translations, adaptations or other changes that we make so that your content works better with our Services), communicate, publish, publicly perform, publicly display and distribute such content.

The rights that you grant in this licence are for the limited purpose of operating, promoting and improving our Services, and to develop new ones. This licence continues even if you stop using our Services (for example, for a business listing that you have added to Google Maps).

Yeah, that sounds a bit scary and I’m sure it will justify some billing hours for a number of lawyers. But the privacy policy also says this:

Some of our Services allow you to submit content. You retain ownership of any intellectual property rights that you hold in that content. In short, what belongs to you stays yours.

So, you could justifiably say there is some tension between those two statements. But, then again, if you step back and take breath and remember we’re talking about the Internet and things you willingly upload to the Internet, I have to question the uproar. If it has been said once, it has been said more times that anyone wants to count. Anything on the Internet is potentially available for anyone or any company to misuse. If you don’t want something potentially available for misuse, don’t put it on the Internet in an email, on a Cloud storage locker, or on Facebook, or… well, you should get the picture.

These Cloud services promise great potential, but like anything else, they also deliver some potential for misuse by individuals, companies, and governments. Call me cynical, but that’s the real world folks, and the last I looked there is no language in a privacy policy, nor are there enough security measures to completely protect anything. Instead there is you, as a user, making an informed decision what to share, store, post, tweet, in the same way that you make a decision to use an ATM card, or a discount card at your local grocery store.

Or, as my grandfather used to say, “if you don’t people to look in your windows, put up some curtains.”

The Verge has a nice run-down of how Google’s policies compare to other Cloud services. I won’t argue that Google could do things differently. Yes, they could. I also won’t argue that anyone who is concerned about these issues doesn’t have a valid concern. I will argue though that these concerns could go much further than Internet services. Unfortunately, for those who have those privacy concerns, that horse left the barn long before there was a Google, or a Dropbox, etc…