Preorders Begin for the Galaxy Tab 3 Family of Tablets

Samsung will debut the new Galaxy Tab 3 devices in the United States in just two weeks.

The devices, which will be available for pre-order tomorrow, include the Galaxy Tab 3 8.0, the Galaxy Tab 3 7.0 and the Galaxy Tab 3 10.1. In addition to getting the device itself, Samsung will also ship each Galaxy Tab with a $10 credit that can be used to purchase applications from the Google Play Store. Users will also get a year of Boingo Wi-Fi hotspot access and three full months of the Hulu Plus video subscription service for free. 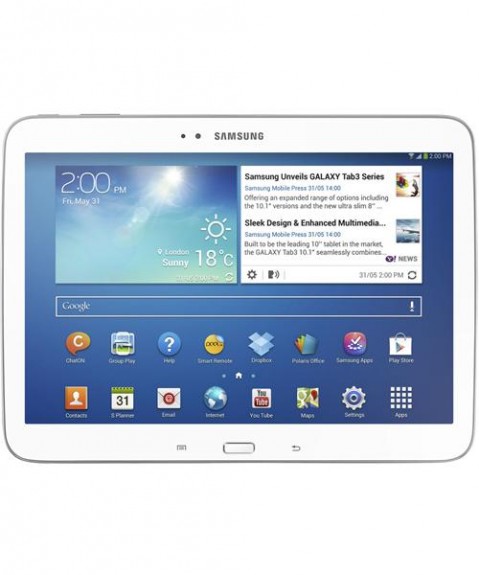 Color options will include white and brown at some retailers like Best Buy, Amazon and Walmart on July 7th.

Samsung announced the Galaxy Tab 3 8.0 and Galaxy 10.1 earlier this month at the Computex tradeshow in Taipei.

The Galaxy Tab 3 8.0 features an 8” inch display with a resolution of 1280 x 800 pixels, a 1.5 GHz Samsung Exynox processor and 1.5GB of RAM. Users will also find 16GB of internal storage and a front-facing 5 megapixel camera accompanied by a 1.3 megapixel rear-facing camera for video chatting and taking self-portraits. According to The Verge, this device will be priced at $299.

The Galaxy Tab 3 7.0 will have a dual-core 1.2 GHz Marvell processor inside and showcase movies, apps and videos on a 7” inch display with a resolution of 1024 X 600 pixels. Inside, users will find just 8GB of onboard storage. This device will also have a front and rear-facing camera just like the Galaxy Tab 3 8.0, however, unlike that device, it’ll be priced at only $199.

Finally, the Galaxy Tab 3 10.1 will be the first of Samsung’s Android offerings to include an Intel processor. Inside will be an Intel Atom Processor, 1GB of RAM, 16GB of onboard storage and a 10.1” inch display with a resolution of 1280 x 800 pixels. It too, will have front and rear-facing cameras. Unlike its smaller-screened siblings the device will run Android 4.2.2 instead of Android 4.1. The Galaxy Tab 3 10.1 will cost users $399.

Users will also be able to pick up versions of the Galaxy Tab 3 10.1 and Galaxy Tab 8.0 that will work with the 3G and 4G data networks of some wireless networks.

Galaxy Tab devices don’t ship with S-Pen compatibility. As such, those users who are looking for the best handwriting recognition and stylus support should look into purchasing something from the Galaxy Note line.