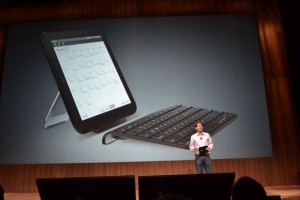 HP is revealing pricing information for its TouchPad accessories, including a Bluetooth keyboard, wall charger, case and Touchstone charging dock.

The company also revealed that the final build of the TouchPad won’t have a special gesture area surrounding the screen, as does the original Palm Pre and the competing Research in Motion BlackBerry PlayBook tablet, but would still recognize a swipe up for multitasking to reveal the cards user interface and to close applications.

The keyboard is Bluetooth-enabled, and comes with specialized webOS keys. It will retail for $60. The keyboard utilizes 2 AA batteries and can last 12 months on a single charge.

A case will also be made available for $50, which will serve double-duty as a stand as well, similar in concept to Apple’s Smart Cover.

Via: Pre Central and Engadget