What’s this? What’s this? Not really sure yet, but it sure looks interesting for Digital Ink note takers. Project Austin comes from the Microsoft Visual C++ Team and is intended to be a note taking application. If you think it looks reminiscent of the ill-fated Microsoft Courier project, you’d be correct, as the team says it took inspiration from Courier (as well as some of the code.) There’s a post on Visual C++ Team Blog that tells you much more, and a video that is not embeddable but can be downloaded at this link.

Digital note takers will see some (not all)  of the things that they love about digital note taking in the video including digital inking, adding pictures from multiple sources including your camera, and annotating those pictures. It also looks to take advantage of the sharing features in Windows 8. You can flip through pages like in a notebook. 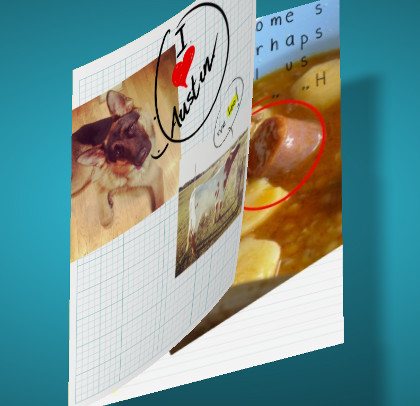 Note that the devs say this isn’t meant to be a full featured note taking App like OneNote. There is no system of organizing your pages or notes. You can’t type notes and you can’t search on the notes you have. Essentially this is a project designed to show off the native platform and C++ along with features of Visual Studio 2012.

Call it a curiosity or call it a “I wish you guys would do more” kind of project, it certainly looks interesting. Note that you can download the majority of the source code at this link. The blog post introducing Project Austin says it is Part 1 of 6, so if you’re interested you probably want to follow along. And, the info here says the App will be available soon.