Less than a month after a Chinese iPhone user died by electrocution while charging and talking on her iPhone 5, Apple has launched a new trade-in program for USB chargers.

Starting August 16th Apple will begin buying back counterfeit and third-party power USB power adapters for iPhones. Power adapters dropped off at any Apple retail store or service provider will be recycled or otherwise disposed in a way that doesn’t harm the environment. For users who suspect that their only charger is a counterfeit adapter, Apple will allow those users to buy a replacement charger for just $10. USB Chargers are now $20 in Apple’s online store. 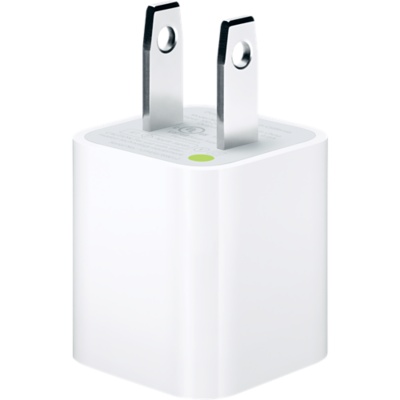 There are some restrictions. Those who are turning in power adapters must bring their iPhone, iPad or iPod device with them so that Apple can verify the serial number assigned to the device and the accessories it shipped from Apple’s warehouses with. Users will only be allowed to trade in one adapter per device, and they’ll have to do so before Apple’s special pricing expires on October 18th to get the $10 charger.

Apple Store and Apple retail partner employees won’t be diagnosing counterfeit power adapters in-store. Instead, the company will simply take the adapter free of charge and offer the user the option to purchase a new one at the discounted price.

Read: Death by Smartphone Electrocution for One iPhone 5 User

Since the incident happened on July 11th, an investigation into the case has confirmed that 23-year-old Ma Ailun did die by electrocution. Although whether she died while talking on her iPhone isn’t in dispute, officials have yet to detail whether it was an actual Apple-made USB charger and not a counterfeit made to look like the genuine article.

According to MarketWatch, the China Consumer Association has repeatedly warned citizens about the dangers of using uncertified power adapters starting with statements this past May.

Unfortunately, Chinese consumers are barraged with counterfeit products every day. Many of the products are almost exact duplicates of the real product on the outside, so most users never even consider the possibility that they have a charger that wasn’t made by Apple.