PlayStation Plus users can look forward to a very busy January. Sony has announced that users with a PS4, PS3 and PS Vita will get free copies of BioShock Infinite and more.

Detailed in a post on the PlayStation US Blog, PS3 Owners can expect free digital downloads of Devil May Cry, BioShock Infinite and Brothers: A Tale of Two Sons. As Sony offers the PlayStation Plus service to all of its current consoles, PS Vita users will get a couple of free games of their own: Worms: Battle Island and Smart As.

Finally, PS4 users can expect a free title even though the console’s library of games hasn’t hit its growth spurt yet. Sony is giving users a free copy of Don’t Starve, a game that’s being billed as “full of science and magic.” Essentially, users become lost in the wilderness and must use the natural resources around them to make it home. 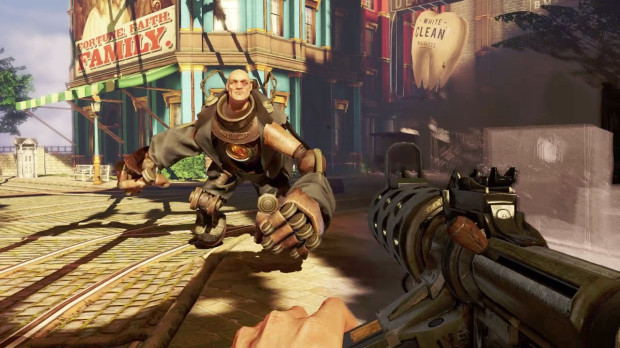 Sony has also posted a new video profiling each one of the titles it plans to give away to use for free with their PlayStation Plus membership.

Though industry insiders have blasted Sony for requiring that PS4 buyers have a PlayStation Plus subscription before playing with friends online, proponents of the PlayStation Plus have always maintained that having an account is worth it for the impressive amount of free games the company gifts users alone. If it’s decision to give away BioShock: Infinite is any indication, Sony is hoping that users continue to think about the service in that way. The game was hugely successful and was considered a top contender for Spike TV’s coveted Game of the Year award.

PS Vita and PS3 users aren’t required to purchase a PlayStation Plus subscription before playing multiplayer.