The lack of PS4 backward compatibility may be less of an issue in late 2014 when the PS4 game streaming service will launch in the U.S in the third quarter.

Sony bought Gaikai in 2012 and uses the service right now to power the remote play part of the PS4, which allows users to play PS4 games on the PSP Vita so long as both devices have a very strong network connection. 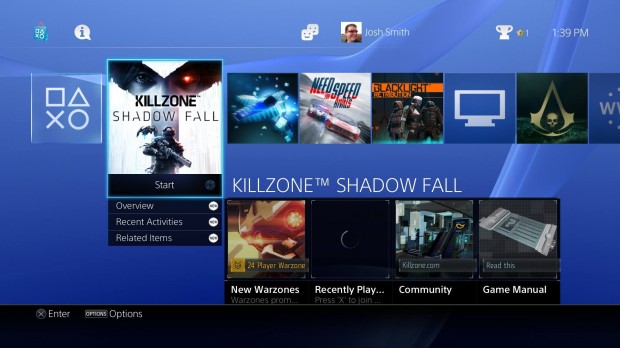 Sony plans to bring game streaming to the PS4 in 2014, which may include select PS3 games.

A new report from EuroGamer reiterates the PS4 Game streaming launch in the third quarter of 2014, bringing the Gaikai service online to stream games to the PS4 and Vita. Andrew House, President and Group CEO of Sony Computer Entertainment tells the publication, “Our goal is to be able to have a new form of game distribution streamed from the server side, initially to PS4 consoles then gradually moving that out to Vita.”

While House does not share any specifics about the games that will come to market but Engadget reports that Shuhei Yoshida, President of Sony’s Worldwide Studios for Sony Computer Entertainment announced that PS3 game games would come to the Gaikai service in 2014 during the Tokyo Game Show.

While a release date in 2014 means it won’t bring games to the PS4 at a speedy rate, it could help first time PlayStation owners catch up on classics like Last of Us and other PlayStation exclusives that these gamers missed out on.

According to previous statements from the Gaikai streaming founder Dave Perry, “The technology is so advanced that some day we could easily PS1, PS2, PS3 and the PS Mobile games on any device, including the PlayStation 4.”

Polygon reports that Gaikai will bring instant access to game demos on the PS4. Sony may also be leveraging this technology to handle the live streaming of PS4 games. Sony teased that gamers could hand over control of a game to a friend, which is something that the Gaikai service might support.

Onlive was an early entrant in game streaming services, bringing streaming console quality games to the Onlive console and computers that couldn’t otherwise handle the games by processing the games in the cloud and streaming them to the computer. Onlive tried to launch an iPad app but never made it through the App Store. The demo above shows Just Cause 2 and Dirt 2 on the MacBook Air through streaming.

These services require very good home connections to work, so some gamers may need to opt for faster home broadband speeds to make this a reality in their homes.