Forget about waiting for a special edition PS4 to get one in a color other than jet black and get a PS4 skin that transforms the console from a boring two-tone black to any color you want, or even into a modern version of the NES.

Sony is already planning a game tie in bundle for early 2014, but it doesn’t look like special edition PS4 consoles will come out in the near future. The PS3 size changed over time, but Sony was and still is a fan of the black finish. If you prefer  more colorful PS4 with art, comics or just a vibrant color change it is possible and very affordable.

The PS4 skins range from $14 to $30 and come in a wide variety of options to fit most styles and tastes. Here are a few places to buy PS4 skins that will give your PS4 a new look without the need to void any warranties with spraypaint and tools. All of these skins are removable and should not leave behind any residue. 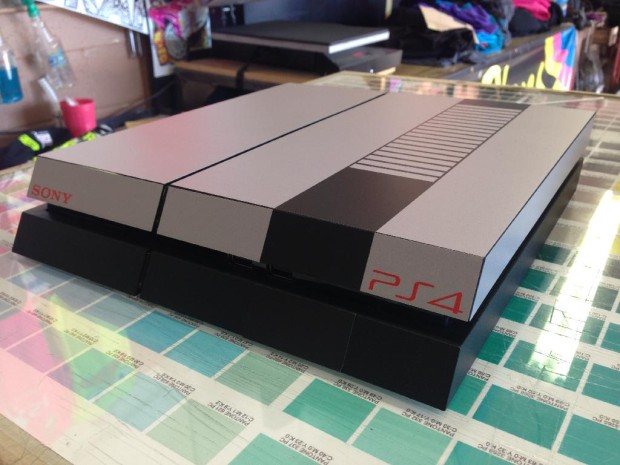 This PS4 skin makes the console look like a NES.

House of Grafix offers one of the most amazing PS4 skins on the market. This PS4 skin makes the console look like a larger NES. The attention to details is amazing and the matte finish makes it look even more like the real deal.

Even better, this PS4 skin is just $14. This is one of the cheapest PS4 skins we’ve seen and one of a few that looks as good when the console is laid on its side as when it is standing up. 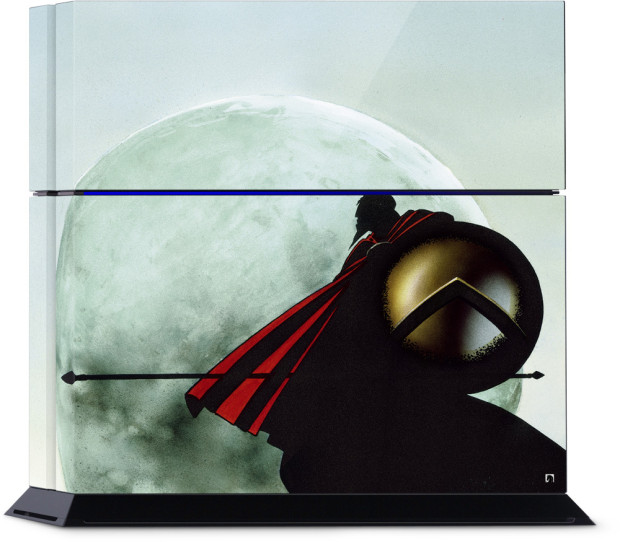 Gelaskins offers PS4 skins in many of the same designs the company offers for iPhone, iPad and laptops. This includes a collection of comic related skins that are officially licensed.

In addition to the Comic PS4 skins, there is a lot of classic artwork, cool drawings and original designs that will surely make your PS4 stand out in the living room or dorm.

Pick your favorite sports team for a PS4 skin.

Skinit is another great place to turn for PS4 skins and the only source for official sports skins from the NFL, MLB, NBA, MLS and many college teams. We’ve previously used a Skinit NFL skin on the iPad 3 and it lasted for over two years looking like new.

Skinit also offers Hello Kitty, fashion brands, artwork and much more. It is one of the largest selections of PS4 skin designs we’ve found. 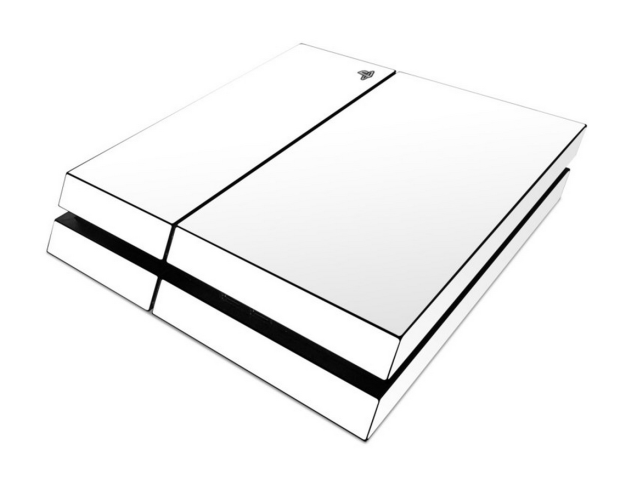 This white PS4 skin will make your PlayStation stand out.

Decal Girl also sells a NES style PS4 skin, but that’s not all. Shoppers can also get skins in a variety of colors including a white PS4 skin and a carbon fiber PS4 skin. In addition to these colors and retro looks, there are many other designs to choose from.

If you can’t find a PS4 skin you like, upload your own photos to make a custom PS4 skin with your artwork or photography printed on the skin.

Many of these stores are offering Cyber Monday deals, so you can buy one get one free or get from 25% to 40% off your purchase.