The first official PS4 unboxing video is live, showing gamers what to expect on release day. While this comes much closer to release than Microsoft’s unboxing videos, and with much more theater involved.

If you can’t wait for the PS4 release date to see what is inside the PlayStation 4 box, here’s a short video direct from Sony to show you what is in the box so you don’t end up buying any extra accessories you don’t need.

The PS4 only includes one controller and it does not include the PS4 Camera, so as the video shows, you will need to buy the camera and any extra controllers separately.

Here’s a fast rundown of what’s in the PS4 box for gamers who buy one on release day.

The PS4 release date is Friday November 15th with Midnight release events taking place at Best Buy and may other stores opening early Friday morning for sales. The PS4 retails for $399 with the included accessories.

The PS4 box does not include any games, so you will need to buy those separately. It should be no surprise that the $100 cheaper console arrives without a game, but that doesn’t mean there aren’t deals to be found. Many retailers are offering Buy Two Get One free on PS4 games. Amazon ran a special today that is likely over, but we could see others follow along. 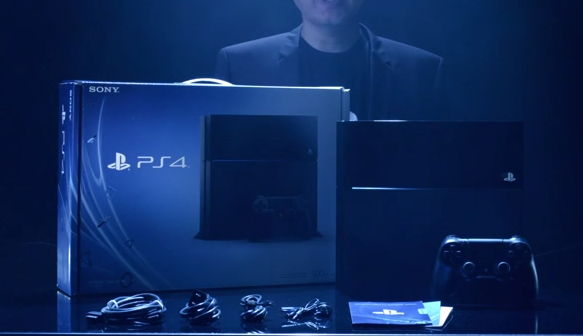 The PS4 unboxing video shows buyers what is in the box for release day.

If you prefer to go digital there are PS4 games for sale on the PlayStation Store. These games are the same price as the physical versions, but you won’t be able to sell them or trade them in if you tire of them.

The Sony PS4 arrives one week before Microsoft’s Xbox One. The PS4 is priced cheaper and will arrive earlier, but it does not guarantee a win for Sony. Sony is now charging gamers to play online, something it used to pick on Microsoft for doing. Both consoles will launch with a collection of games and accessories, but the real fun won’t arrive until 2014 when third-party titles and accessories arrive en masse.