A PS4 update arrived on the console overnight for many users who turned on Auto Downloads on the new PlayStation.

Users who leave their PS4 on in Standby mode should not notice that an update took place thanks to the system’s ability to download the PS4 update and install it in the background.

Sony only offers a simple definition of the fixes, but we will keep an eye out for other PS4 improvements with the 1.52 update. 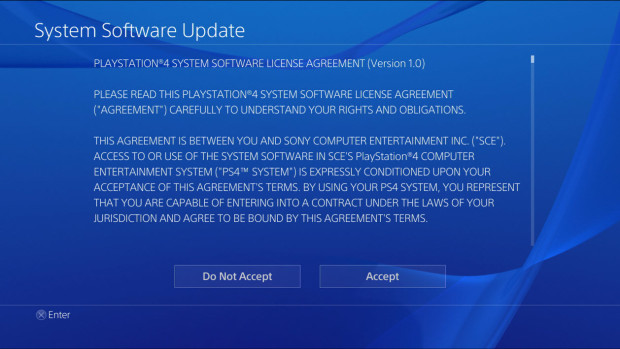 Both of the new consoles offer similar background downloads for system updates, designed to remove the frustration of updating a console when all you want to do is play.

The PS4 System Update 1.52 is available by going to the What’s New section on the left of the home screen. Press down on the d-pad to se the Update Now screen. If the update is found, select next with the controller and press x.  When prompted accept the update and wait for the PS4 update to complete.

How to Turn on Automatic Downloads on PS4 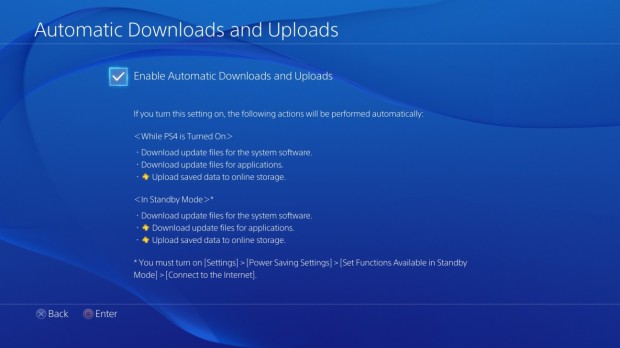 To turn on automatic downloads and avoid manually downloading any future PS4 System Updates, you can quickly set this up on your PS4.

This will set the system up to keep not only the PS4 up to date, but also the PS4 games and applications. This will also help prevent you from waiting to update games before you can get online and play.

The PlayStation 4 is nearly a month old, and still tough to find in stores for the holidays. The PS4 is $399, making it $100 cheaper than the Xbox One that Microsoft launched one week later.