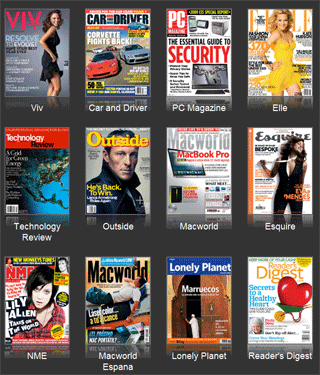 We’ve blogged about this before, but now things look like they are moving into a higher gear. Five large publishing companies (CondÃ© Nast, Hearst, Meredith, News Corporation and Time Inc) have formed a joint venture to bring their magazine content to the web. It’s being touted as an iTunes/Hulu for magazines on the web. Of course this is fueling the Apple Tablet rumors as everyone (or almost everyone) seems to forget that this has all been tried before to not much success. But the Apple Tablet isn’t (or won’t be if it ever becomes more than a myth) isn’t the only screen that this consortium will want to have their content viewed on.

The technology behind delivering this kind of content (and being able to charge for it-that’s a key) has obviously improved enough to edge the idea forward to investment. The five initial partners are inviting other publishing concerns to join with them on the deal. Keep in mind, this is all about control of distribution and ad sales.

As for whether or not this becomes an iTunes/Hulu for the magazines on the web, I think that is going to depend (like it has in print) on whether or not the publishers can get enough ad revenue to actually pay for some decent content. Whether it is web based or dead tree based, the last period of time has proven pretty conclusively that consumers actually do want some real content to go with those ads.