An upcoming Nokia Windows Phone will use the a sensor similar to the Nokia 808 PureView according to a report from The Verge.

The new Windows Phone 8 device carries the codename EOS inside Nokia, and it will likely launch sometime later this year. The Nokia EOS will also feature an aluminum body like the rumored upcoming Catwalk from Nokia. 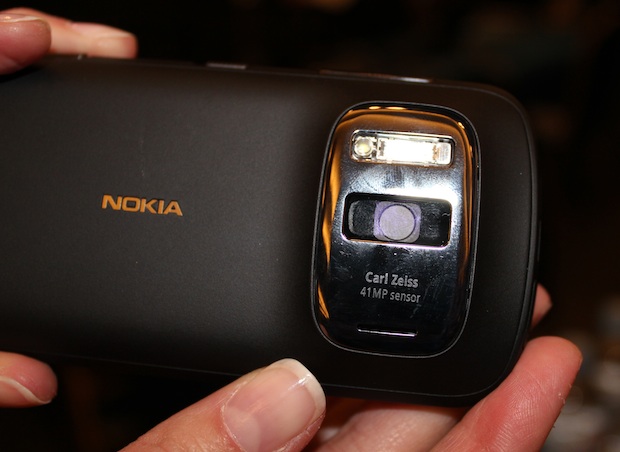 Unlike the Catwalk, which is rumored to replace the Lumia 920 with a similar design, the EOS will feature a new design. The move to aluminum for Nokia will let the company create lighter, thinner phones, but its doubtful that a 41MP sensor like the one inside the 808 PureView can fit inside a slim body.

When Nokia announces the EOS Windows Phone it will reportedly come to AT&T, likely with an exclusive deal in the U.S. It’s not clear if the EOS will launch in early summer with the Catwalk, or if it will come out sometime later this year.

The Nokia 808 PureView‘s large 41MP sensor let the phone use a technique called oversampling to produce high quality 5MP and 8MP images. Oversampling means the software combines pixels in the larger image into one pixel in the smaller image, resulting in clearer pictures with much less noise.

The 808 PureView is able to produce images better than most point-and-shoot cameras, and on par with some DSLRs. The phone’s only downside is the Symbian OS which doesn’t work as well as more modern mobile platforms like iOS, Android and Windows Phone.

Nokia is also expected to release a new mid-range Windows Phone sometime in the early summer alongside the Catwalk. There’s also rumor of a Windows RT tablet from Nokia coming something in early 2013.