Pushing the Boundaries of Technology in Tablets 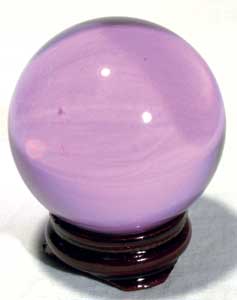 A couple days ago, there was a rumor that a Lenovo insider had revealed company plans to release a 23” tablet by the end of 2011 for home use. At first, it sounded like a joke, but then it popped up on a handful of sites and you started to wonder, could this be real? It turns out it’s not – Lenovo quickly debunked the rumor, and we all breathed an inward sigh of relief, because frankly a tablet that big would give people hernias.

Of course, other than a clever video on YouTube, we aren’t likely to see a 20+ inch device anytime soon, but we shouldn’t be so quick to write off anything that sounds too outlandish. There are plenty of people out there doing amazing things with multi-touch. I mentioned the Pranav Mistry touch screen anywhere system a couple weeks ago and Microsoft is experimenting beyond the boundaries of touch with their Kinect software.

Gesture control and screen-free multi-touch are probably a ways off still, but so too were devices like those we’re buying today or using for our phones. Imagine what you would have said if someone told you 15 years ago that you’d have a phone the size of a wallet that could start your car, pay your bills, or playback video for hours. You’d have laughed just the same.

And while the last 15 months have felt more like “let’s catch up to Apple” than “let’s build interesting new devices”, there are still plenty of companies out there trying new things and innovating in exciting new ways. Creativity isn’t dead by any means, but most of the big name devices hitting the market are a direct response to the iPad – beefing up their processing power and adding tons of additional features to compete, but not exactly pushing the boundaries of what we’ve seen in the technology.

Were Lenovo actually creating a supersized tablet, it would need to push boundaries. It would need to be portable, use one heck of a battery and be easy to move and dock for quick access. The fact that people are even thinking of potential products like this, even when chasing and debunking rumors, is exciting to me, because I think in a few years, we’ll all be surprised by what arrives.

That we won’t see a 23” tablet this year isn’t as important as the fact that there are people out there willing to take chances and be creative in this industry. I’m extremely excited about tablet tech right now – and who knows what cool things we’ll see in the next few years.

What do you think? Could a device like this actually have been created? What other amazing things are you waiting for tablet manufacturers to come up with? And if we continue to experiment, where else will tablet PC technology be integrated in our lives?