When Apple introduced its 64-bit A7 chip for the iPhone 5s it claimed that this made the iPhone 5s the most “forward-looking” smartphone on the market. We still don’t know how far forward we might be looking with the A7, but according to reports a Qualcomm employee the news of the 64-bit chip “hit us in the gut.” The report is from former Fake Steve Jobs himself, Dan Lyons, who is now a Marketing Fellow at Hubspot. 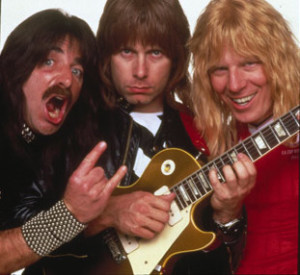 Lyon’s unnamed source goes on to say, “Not just us, but everyone, really. We were slack-jawed, and stunned, and unprepared. It’s not that big a performance difference right now, since most current software won’t benefit. But in Spinal Tap terms it’s like, 32 more, and now everyone wants it.”

This comes after many of Apple’s rivals have publicly said that the new chip is not that big of a deal, and a “marketing gimmick.” Even though those same companies are now preparing to release 64-bit chips in their 2014 products. The question will be what the 2014 timing will be. Don’t be surprised to hear announcements of new mobile devices with a 64-bit chip at CES 2014, that we may not see until next year’s holiday season.

Lyons’ article points out that if companies were caught this flatfooted and unaware it won’t be that easy to catch up quickly. But it is typical in an industry where specs are king that everyone follow the leader as quickly as possible. Apple may have turned the dial up to 11 and forced its competitors to shift plans at an uncomfortable pace.

But keep in mind. The real benefits of the 64-bit A7, which is now also included in the iPad Air and the iPad mini with Retina Display, still haven’t revealed themselves yet. We’ve yet to see App developers take advantage of the A7 and the new instruction set in ways that make a noticeable difference. So, while Qualcomm and others might be working hard to play catch up at the moment, they are catching up to a potential that may not be revealing itself until about the time that they start making announcements of their own similarly equipped products next year. Let’s hope in the rush they don’t Break Like the Wind.