Just as rival Texas Instruments is exiting the smartphone processor manufacturing business, Qualcomm has announced a lower cost edition of the company’s popular Snapdragon S4 Pro quad-core processor based on designs from ARM Holdings. Introduction of this entry-level Snapdragon S4 quad-core CPU will make it possible for manufacturers to create tablets and smartphones with lower costs and will also help Qualcomm compete with rival NVIDIA‘s lower-cost Kai platform, which is a lower cost quad-core CPU found on Google’s Nexus 7 tablet that is based on the Tegra 3 chipset design.

The Snapdragon S4 chipsets will fall under Qualcomm’s S4 Play range, and not the S4 Pro range, which is being occupied by the premium quad-core architecture. The chipsets, named MSM8225Q and MSM8625Q, will enable entry-level phones to have boosted graphics performance and will allow these lower cost handsets to power 720p HD display resolutions. 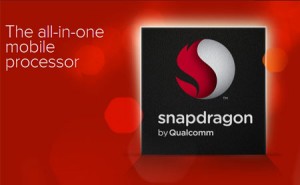 In addition, Qualcomm also announced a single platform, the Snapdragon S4 Plus MSM8930, that supports all China operators with UMTS, CDMA and TD-SCDMA. Furthermore, this single platform will support LTE-TDD and TD-SCDMA, targeting mid-tier smartphones for use in China. Announced in February 2011, this processor features dual-core CPUs and as the world’s first single-chip solution with an integrated LTE modem, it is designed to take LTE to high-volume smartphones. Snapdragon S4 Plus MSM8930 with LTE-TDD and TD-SCDMA support will be ready for customer sampling by the end of 2012 and is expected to be shipping in commercial devices by the first quarter of 2013.

These chipsets will start shipping at the end of this year, so we can expect to see lower cost quad-core phones starting in 2013 with competitive features.