In its trademark filing, Qualcomm describes TOQ as a “Personal communication hub in the form of a wristwatch; portable electronic devices for transmitting and reviewing text, data, image, and audio files; hands free devices for mobile phones; battery chargers.” 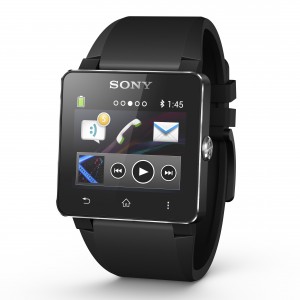 Given that Qualcomm rarely sells its hardware directly to consumers–with a few exceptions like the Qualcomm Tagg pet tracking monitor–it’s unclear if a Qualcomm TOQ smartwatch will be sold to the general public. Another potential is that Qualcomm is working on a conceptual or developer smartwatch. This would show off the computing power of the internal Qualcomm-made processor, along with any other Qualcomm radios and components, and TOQ may serve as a reference platform for developers to visualize their apps, services, and software on.

The company employs a similar strategy by creating developer devices with reference smartphones and tablets.

As Qualcomm is facing increasing competition in the ARM-based CPU space in the high-end of the market from Intel’s Atom processors, an entry into a more power efficient smartwatch market may help the company to continue to grow. Qualcomm can provide its chip expertise in making processors, radios, and sensors that are embedded in the smartwatch that would consume less power.

The trademark was filed in the U.S. on June 26th with the U.S. Patent and Trademark Office according to a report on Phandroid. News of Qualcomm’s entry into this space falls on the heels of Sony Mobile Communications announcing its SmartWatch 2.