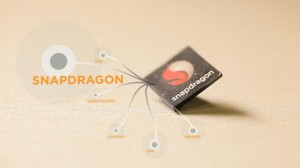 In the arms race of ARM-based processor, Qualcomm is increasing its research and development budget modestly and will be deploy its next-generation dual-core Snapdragon ARM-based chipset this year to manufacturers. The new chipsets will be based on a smaller 28 nm design, which would promise speed improvements while reducing the power consumption compared to today’s chips that are built on a larger architecture. The new chips, codenamed Krait, have been provided in prototype device hardware to Google, according to sources to Android and Me.

Despite the fact that Krait will have dual-core compared to NVIDIA’s push for quad-core chipsets, Qualcomm is extolling the benefits of its Snapdragon architecture and believes that it’s dual-core chip performance will beat quad-core chips. At this point, it’s too early to tell if Qualcomm’s claims are valid, but if true, the 28 nm manufacturing process will provide significant performance gains for dual-core chips. It’s unclear if Krait can out-perform the quad-core NVIDIA Kal-el chipsets at this time.

Sampling the chips in 2011 would make Krait arrive ahead of schedule, and the shortened development cycle may be attributed to heightened competition in the space. In addition to Qualcomm’s dual-core Snapdragons of today found on the HTC EVO 3D and Sensation 4G, rivals Texas Instruments manufactures a dual-core OMAP4 ARM-based chipset while NVIDIA is delivering a dual-core Tegra 2 with a mobile version of the company’s GeForce graphics coupled to that architecture.

While Krait will be available to manufacturers this year, devices may not hit the shelves until next year. Another factor leading to Qualcomm speeding up development time for Krait may be to submit the chip as a viable candidate as a reference platform for Ice Cream Sandwich development. It was rumored that NVIDIA had worked closely with Google to make the Tegra 2 a reference chipset for Honeycomb development, and many Honeycomb tablets are launching exclusively with NVIDIA’s mobile ARM solution. At this point, Texas Instruments is rumored to be the chip-maker for Ice Cream Sandwich, but it’s still early in the race and Qualcomm may be able to secure a deal with Google.