Inventory for cellular models of the iPad mini with Retina are starting to trickle into stores today. Talking to a store rep today he said things are going to be like this for awhile with stores not knowing what they will receive too much ahead of time. I noticed the model I was looking for was available, so I cancelled my previous order still a few days away from shipping, and arranged for a Personal Pickup. All of that went as planned. Even with constrained supply, I have to say the Personal Pickup option is so much more civilized than other options. I’ve got family plans tonight so won’t get to testing things out until much later. But I would like to make an observation. 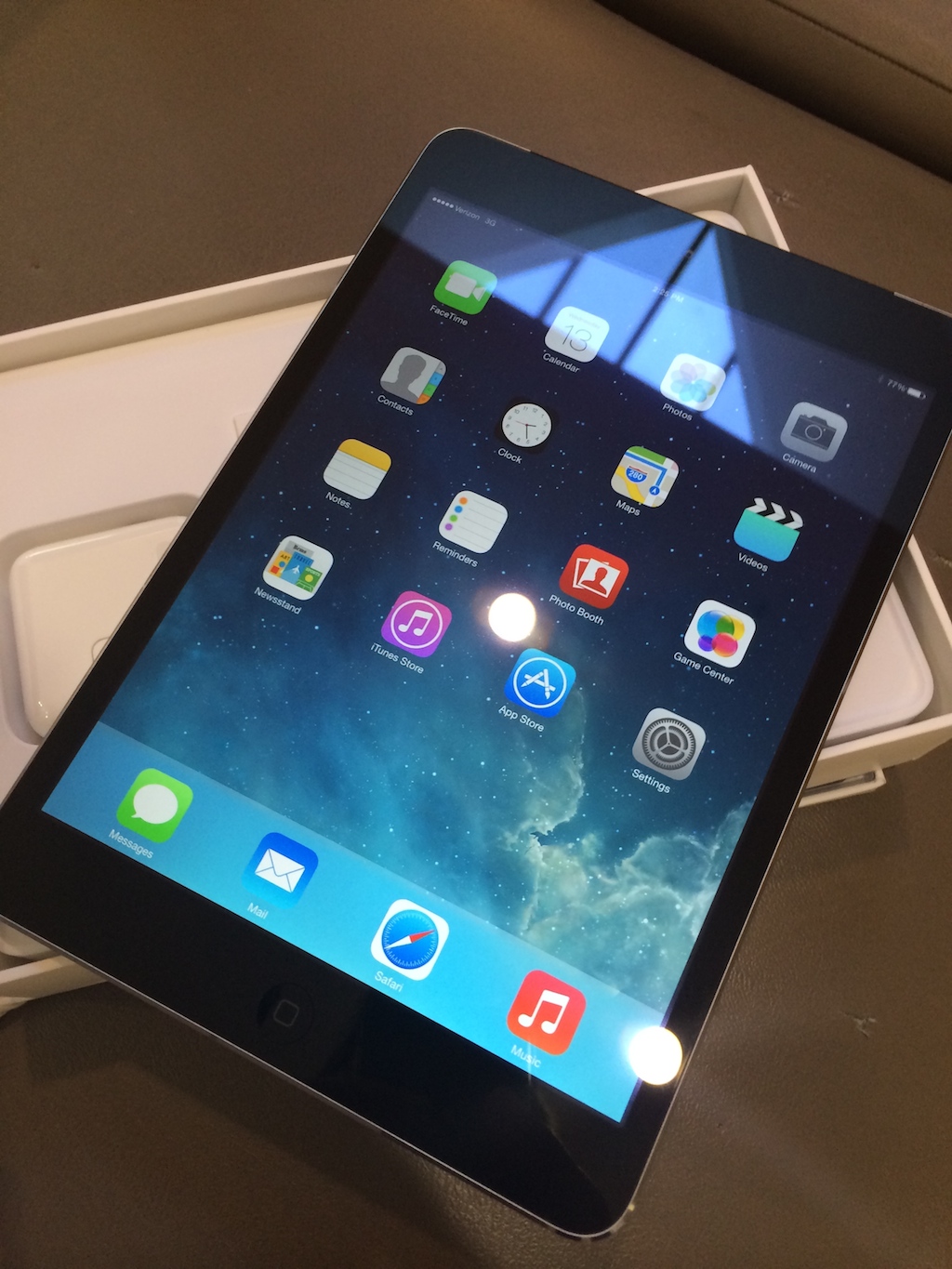 Our bodies and minds can sometime play tricks on us. When I first opened up the iPad mini with Retina in the Apple Store I remarked to the rep that it felt heavier than expected. He said that wasn’t the first time he’s heard that. Indeed the original iPad mini with cellular weighs in at 0.69 pound (312 g) and the new model with Retina and cellular weighs in at 0.75 pound (341 g). For those doing the math that’s roughly a 29 gram difference. Now I knew the spec difference going in, but I didn’t expect to feel such a difference.

The new iPad mini with Retina definitely feels heavier in the hand. It also feels denser. For those purchasing one of these devices as their first iPad mini, it won’t be noticeable. For those, like me, upgrading from the previous model, I think your first grasp will be a little surprising. I know mine was.

More as it comes late tonight and tomorrow morning.