It might not be 4K, but popular gaming hardware company MSI has announced two new gaming laptops that sport “3K” displays, meaning they come with a native resolution of 2880×1620 squeezed into a 15.6-inch screen. The two laptops go by the same name, GT60, and are just ever so slightly different from one another, with the only difference being the operating system and the graphics.

The GT60 20D-261US comes running with Windows 8 with Nvidia GeForce GTX 780M graphics, while the workstation version, the GT60 20KWS-278US, comes running with Windows 7 and uses Nvidia Quadro K3100M graphics. Both laptops sport a quad-core Intel Core i7 clocked up to 3.4GHz, 16GB of RAM, 128GB solid-state drive (with an additional 1TB of hard disk space), USB 3.0 and a Blu-ray optical drive.

One of the biggest differences between the two models, however, is price. The regular gaming version selling for $2,199 and the workstation version priced at $2,799. 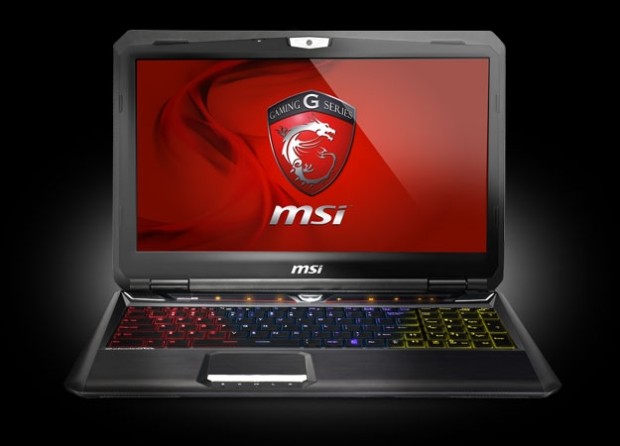 These are the first gaming laptops to include these high-resolution displays, but it’s certainly not the first time we’ve seen laptops with this many pixels. Apple’s own line of Retina-equipped MacBook Pros come with similar specs — namely the 15-inch model that sports a 2880×1800 resolution.

However, this is the first time that we’re seeing these high-resolution displays on a gaming laptop, and that’s a big deal. Playing games at 3K resolution is insane, and you need a powerful enough processor and graphics card to make it happen. 1080p gaming has been around for a while, but with 3K gaming, you’re essentially doubling the number of pixels of a game, compared to 1080p. This requires way more processing power.

The only question is whether or not the new GT60 laptops will be able to handle 3K gaming in the first place. Some gaming laptops currently can’t even handle 1080p gaming at maxxed-out specs, so it’ll be interesting to see if the modest hardware upgrades in these new models will be enough to power 3K games without a lot of stuttering.