It’s not all that often that users get all worked up about mid-range devices heading to T-Mobile. After all, with high-end devices now coming in at around $99 it’s much more cost-effective to buy a high-end device and put off upgrading. Like most mid-range devices the LG Optimus F3Q, which T-Mobile has announced along with the imminent arrival of the LG G Flex, isn’t all that exciting. That is, it’s not exciting unless users have held out for an Android device that comes equipped with a now rare QWERTY physical keyboard. 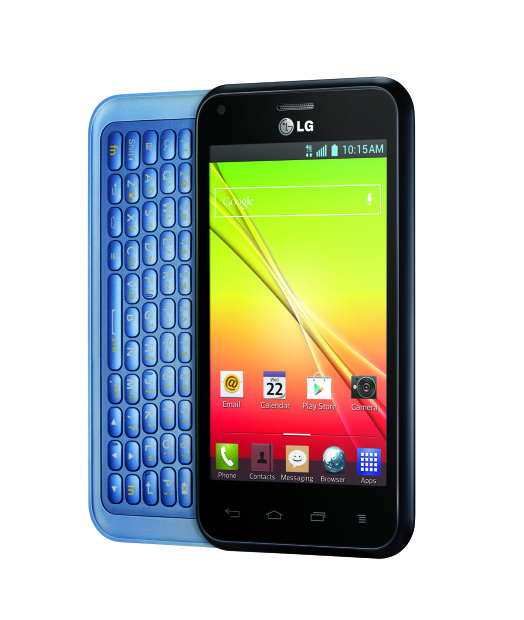 The LG Optimus F3Q will launch at T-Mobile on February 5th.

Detailed in a press release by T-Mobile today, the LG Optimus F3Q is an otherwise unremarkable Android smartphone aside from its keyboard. It sports a 4-inch IPS display with a 5-megapixel rear-facing camera for taking photos. T-Mobile did note that the device will come with a QuickMemo software add-on that allows users to draw on screenshots. It’ll also come equipped with a multitasking feature that lets users “float and use two apps over the main screen” at the same time.

We don’t yet know how fast the processor will be or how much storage the device will come equipped with when it launches on T-Mobile’s website and in stores on February 5th. We do know that purchasing the LG Optimus F3Q won’t require a down payment for users who pay for the device in installments. However, it will cost them $13 a month. Users who opt to buy the device outright will need to pay T-Mobile $312 for the total cost of the device.

All told, users will have to wait until the device makes its début before judging whether it’s worth purchasing or not. On the other hand, it’s not like users who need a hardware keyboard have much of a choice. Devices with a physical keyboard have become something of a rarity as touchscreens have grown in popularity. 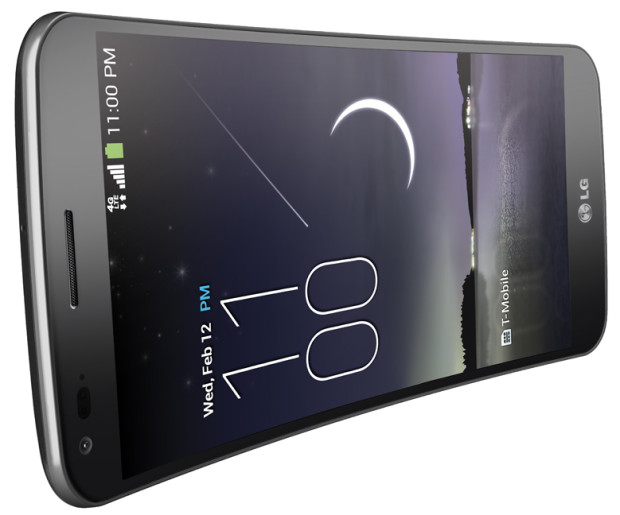 The LG G Flex will also launch on T-Mobile on February 5th.

As mentioned, T-Mobile also announced that the LG G Flex, LG’s flagship smartphone with a curved display and self-healing case will also launch on February 5th. The G Flex includes a 6-inch display that gently curves to fit the contours of a user’s face when they’re talking on it. It also includes a 13-megapixel rear-facing camera and rear-facing buttons that LG says makes using it more comfortable than the side-mounted buttons found on nearly every other smartphone including Apple’s iPhone.

LG G Flex buyers will get six months of free access to Netflix with the cost of the device — provided that they make their purchase before April 30th. Netflix usually costs $7.99 a month at the very least.

The LG G Flex won’t cost users a down payment, however they’ll need to pay $28 in addition to their monthly phone bill for 24 months. Buying the device outright will cost users $576.