Video game developer and publisher Ubisoft has one final video game launch coming this December and its preparing for it already. On November 25th the Rainbow Six Siege Beta release date arrives. For almost a week following that date, anyone with a current generation console or a Windows PC will be able to test the game before it’s arrival in early November.

Ubisoft provided more details for the Rainbow Six Siege Beta this week on the game’s website. Rainbow Six Siege is a team based first-person shooter. Unlike other shooters, this game has destructive environments. It encourages players online to communicate and come up with their own strategies to complete levels. In short, Rainbow Six Siege is as close as most people will ever come to being a member of a special operations team on a mission. The official Rainbow Six Siege release date is December 1st. 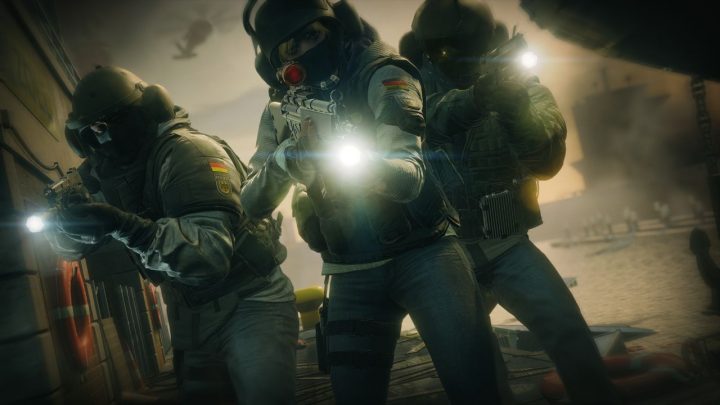 Ubisoft says that anyone with a PS4 or an Xbox One will be able to participate in the Rainbow Six Siege Beta beginning November 25th. Users that do want to try the game before its release should move fairly quickly as the beta will last end on November 29th. That’s just four days after it kicks off. Users on Windows will be able to participate, but they’ll have to download directly through Ubisoft’s Uplay software. Everyone will be able to pre-download the necessary files to participate in the beta beginning November 23rd. Gotta Be Mobile couldn’t find any information about how big the download size will be. Whatever the size the download is, it’s a good idea to take advantage of early pre-loading than to wait until the day the release arrives.

There’ll be three maps for users to give a try during the Rainbow Six Siege Beta. These maps are Kanal, Hereford and House. House appears to be set in the middle of suburbia. Kanal is in an industrial complex. Hereford looks to be an outpost in the woods. Three different games types will be available. Disarm Bomb lets as many as five users try to disable explosives controlled by the game itself. The 10 player Bomb and Secure Area modes split users into two teams of 10 for explosive and control related objectives. 14 operators and 5 different reserves. Attackers include Thermite, Ash, Tactcher Blitz, I.Q. Glaz, and Montagne. Defenders include Castle, Pulse, Mute, Bandit, Tachanka, Kapkan and Doc.

Specific operators add more flavor and unique abilities for players. Ubisoft notes that Rainbow Six Siege Beta users won’t get to use Fuze, who had been a favorite for players during previous game tests.

Rainbow Six Siege has already been in closed beta testing for weeks. Open betas are for everyone to participate in, whereas closed beta participants getting access to features and changes before anyone else on the condition that they not discuss their experiences publicly. Open betas allow game makers to get their titles into as many homes as possible. Basically, it’s marketing, but built on the idea that the public at large will expose any massive issues with the game before it launches and paying customers have a bad experience.

Read: Explosive Just Cause 3 Trailer Arrives Ahead of Release

Rainbow Six Siege will be one of the last major title releases for the Xbox One, Windows PCs and the PS4 this fall. Also launching in December is Just Cause 3, which will be available on the same platforms as Rainbow Six Siege.