It’s no surprise that the months leading up to an inevitable iPhone announcement are going to be saturated with alleged leaks and viral rumors. Unfortunately, with the iPhone launching later than usual this year, the rumor mill is spinning out of control. The one thing we do know is that whatever Apple brings to the table this Fall, it won’t be a surprise – because every single possibility has already been exhausted on the rumor mill. 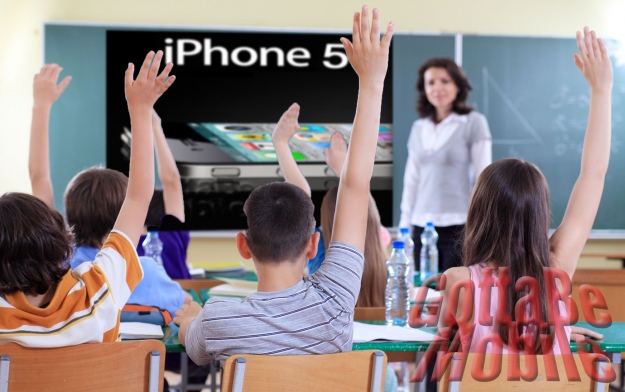 When you’re part of a team that runs a successful tech blog, you want to make sure your readers get your take on all of the latest gadget news. The news that gets the biggest reaction is almost always related to Apple releases. The only thing is, we get a couple of those every year. The months before that are spent nibbling for bits and pieces of something that could be news about the next iAnnouncement.

All it takes is one obscure Apple blog from the northeast side of Kyrgyzstan claiming to have a “source” that says the next iPhone will have a built-in garbage dispoal. Sure enough, some mainstream US tech blog will pick it up, followed by all the Apple blogs, the gadget blogs, and soon the general news outlets. The next thing you know, CNN’s big tech headline for the day is “Sources: iPhone 5 Will Sport Garbage Disposal.” 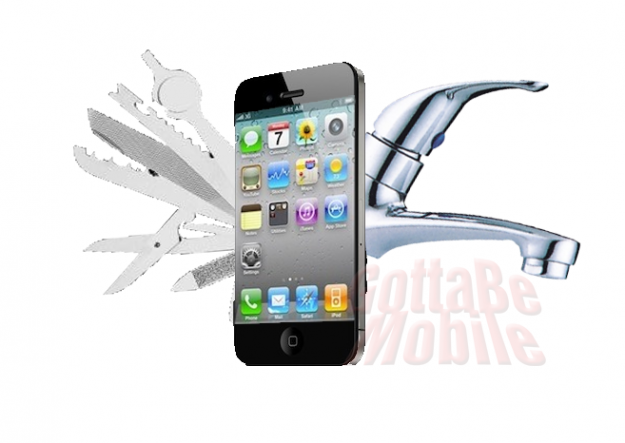 Did you hear today's leak about iKnife and iFaucet capabilites?

We have to admit that a) we partake in this as much as anyone, and b) it’s usually pretty darn fun. The community of tech blog writers and readers is like one big group of office workers, gossiping around the water cooler about what the next iPhone could bring.

But as fun as the rumor-mongering can be, enough is enough – this year it’s gotten out of hand.

Of course the iPhone is launching much later this year than its usual June slot. The “leaks” have been going on for four or five months already. We expect the new iPhone to launch sometime in late summer/early Fall (it could be August, September, or October – depending which rumor you believe). That will mean up to eight months of every possibility under the sun being bandied around before iFans camp out and stand in line for eight hours just to get their grubby little iHands on Willy Wonka’s – I mean, Steve Jobs’ – next golden ticket. 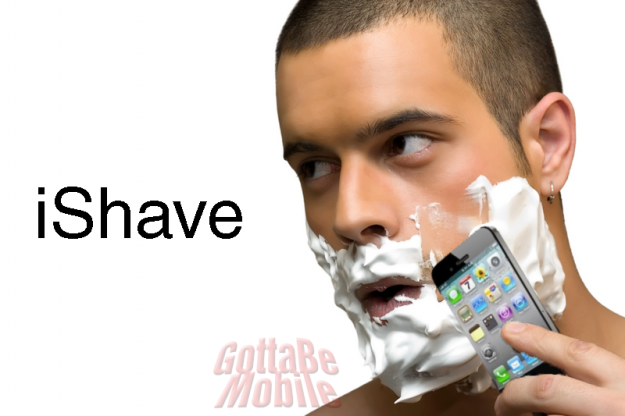 According to a Czechoslovakian blog, the iPhone 5 will outshave Gillette AND Remington.

We can now officially say that there will be no surprises when Steve Jobs takes the stage to announce the next iPhone. This isn’t because we already know exactly what he’ll say, but because every possibility has been exhausted already. If he says it’s a major upgrade with a larger screen and 4G, we heard that one. If he tells us it will be a minor update, with the same look as the iPhone 4 and a few internal upgrades – we covered that too. If he says it will serve as a time machine and will fart the theme to Popeye the Sailor Man at the top of every hour? I think we even heard that one.

There’s a certain point when we all have to ask ourselves if the rumor-slinging and speculating is no longer fun, and simply an exercise in exhaustion. So how about we all take a step back, wait for Apple’s announcement – and remember how fun it is to be surprised.

… now if you’ll excuse me, I have an iPad 3 rumor to write about.