Here on GBM we spend a lot of time talking about small, mobile computing devices, but they usually take the form of tablets and smartphones and the like and occasionally laptops. But there are other types of small computers as well. The kind that act like their larger counterparts but still fit in the palm of your hand or in a pocket… not that you’re going to carry them that way.

The Raspberry Pi is one such device, and from the description over at Wired’s Gadget Lab it looks to be a super sweet and flexible little computer.

Running on a 700MHz ARM processor and 128MB or RAM it’s certainly not as powerful as most smartphones, but it doesn’t need to be. Packed with Linux, it’s capable of outputting 1080p video and can connect to both new HD TVs or monitors via HDMI or older sets via RCA plugs. 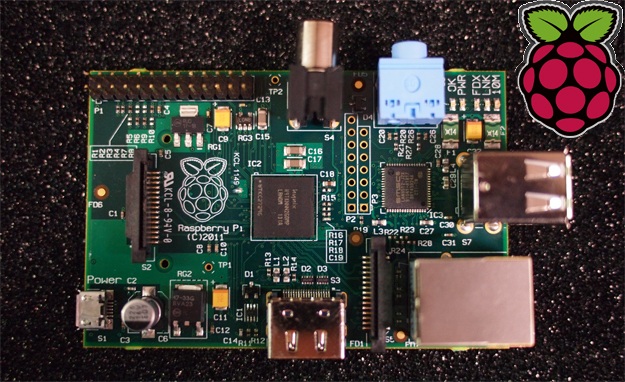 An SD card slot and a USB port round out the specs. This allows users to hook up anything from a flash drive to a big portable hard drive.

Given the bare bones nature of the Raspberry Pi it’s probably not going to find its way to the consumer market by itself, though as Charlie Sorrel points out, it would be very easy to turn this into the core element of a media server or any number of multimedia projects.

Since the whole thing only costs $25 I would be interested in seeing it turned into small computer boxes that can be given to children in underserved school districts or deployed to homeless shelters. Though Debian and fedora aren’t my favorite Linux distros, they’re easy enough to work with even if you don’t have much technical knowledge.

The $35 version of the Raspberry Pi includes an Ethernet port and twice as much RAM, perfect for schools.

This device could also go a long way to bridging the digital divide.

The Raspberry Pi is still in production right now but they plan to start shipping them next week. What would you do with an eminently tweakable, inexpensive computer like this?