With the discontinuation of the MLB 2K series from 2K Sports, a natural replacement must step in and take the reigns. Major League Baseball itself is stepping in and has released the latest baseball video game on multiple platforms, and at the same time reviving a video game classic known as RBI Baseball.

RBI Baseball 14 launched this week on Xbox 360, PS3 and iOS devices, with Xbox One, PS4 and Android versions coming later this spring. RBI Baseball 14 essentially replaces the MLB 2K series on Xbox, which was the only baseball video game available for Microsoft’s console until it was discontinued after last year’s MLB 2K13 release, leaving the Xbox without a baseball video game until now.

Of course, the PlayStation still has MLB: The Show, which is arguably the superior of the two baseball simulators, but with RBI Baseball 14 now in the spotlight, will MLB: The Show stand a chance to compete? It really depends what kind of baseball video game you prefer. 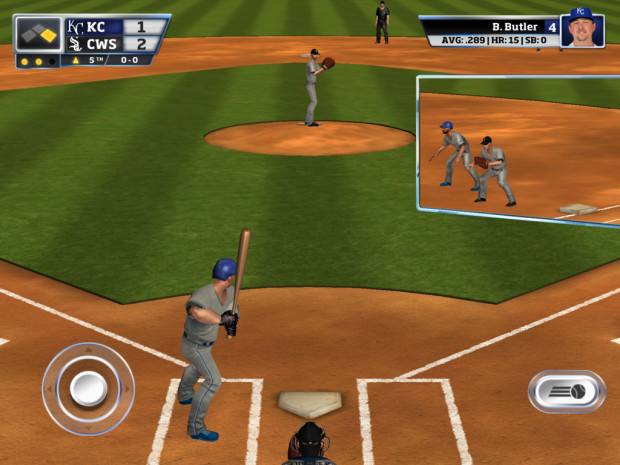 RBI Baseball 14 costs $4.99 to play on the iPhone and iPad, while $19.99 will be required to play it on the Xbox 360 or PS3. We played the game on the iPad, so our thoughts are catered towards the touchscreen variety, but the gameplay is similar across all platforms.

The MLB 2K series was a full-fledged simulation baseball video game, catering towards baseball fans who wanted the most realistic playing experience possible on a gaming console. These types of games are more difficult and have a steep learning curve, but they can also be the most fun once you get the hang of it, and they also allow for the most freedom and total control.

For instance, pitchers will fatigue after more than a few innings, so simulation baseball video games require gamers to make sure they have an active bullpen and bring in a warmed-up pitcher to take over. You also have to deal with injuries and changing your lineup so that it’s optimal depending on which team you’re playing against. 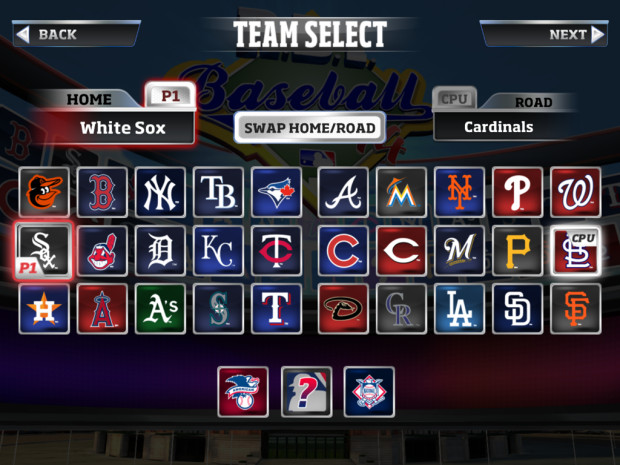 RBI Baseball 14 takes a way different approach. It’s an arcade game for the most part, meaning that it’s nowhere near the simulation that you’d get with MLB 2K or MLB: The Show. Pitchers will still fatigue over time, but you don’t need to warm up bullpen pitchers before bringing them in, and the controls are very basic and barebones, which can be a bummer for avid baseball fans, but it means that there’s less of a learning curve.

The game doesn’t allow you to manage your lineup, but you can choose who your starting pitcher is and swap them out mid-game to bring relief pitchers in. However, that’s about as much control as you have on your roster. 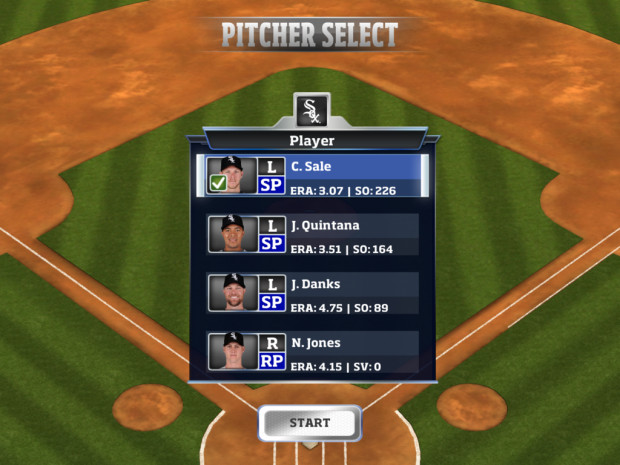 As far as the gameplay goes, it’s pretty simple. When pitching, you can throw the ball at three different speeds: slow, medium and fast. Fast will obviously deliver a fastball as fast as the pitcher can throw it. Medium will deliver a pitch that’s around 80mph, and slow will deliver a pitch about the speed of a changeup, but will come at the plate looking like a knuckleball, which ultimately confuses the batter and makes him swing early.

You can also move the position of the pitcher and change where the pitch will come across the plate, either inside or outside. Unfortunately, being an arcade-style game, you can’t decide on whether or not you want to throw a high or low pitch. 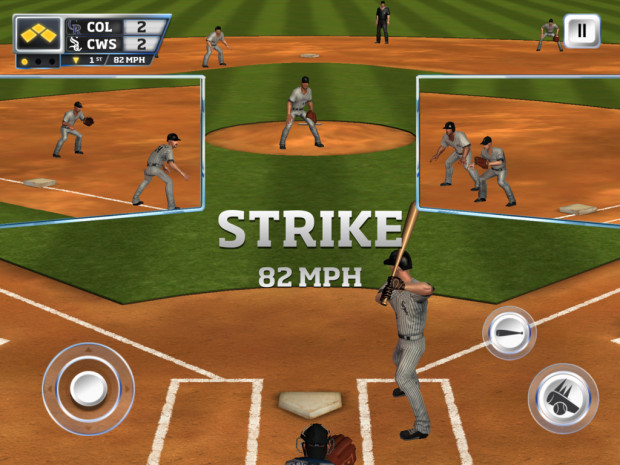 As for fielding, you can have full control over the movement of a player who is fielding a ball, and you simply tap on the base that you want to throw to using the small diagram that shows up in the bottom-right corner. You can also turn on assisted controls so that fielders will move for you and all you have to do is throw the ball.

As for batting, it’s pretty barebones as well. You can move your batter around in the batters box and select between bunting or swinging. Batting is arguably the most-difficult part of RBI Baseball 14. Pitches come at you so fast that you barely have time to analyze whether it’ll be a strike or a ball. Most of the time, you simply just have to swing and hope that it was a good-enough pitch to get a hit. Otherwise, you’ll easily strike out. After a while, you get more used to it and can sometimes tell if a pitch will be good or not before it reaches the plate, but after a few hours of playing, I still mostly strike out. 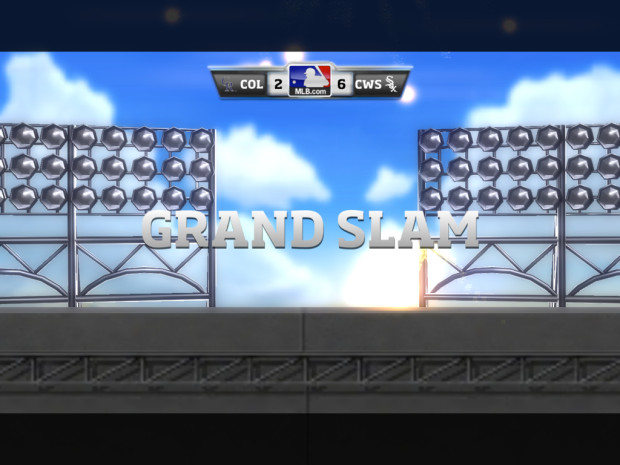 As for running the bases, gamers have full control of players, and it’s fairly simple to advance players for extra bases. All you do is simply swipe from one base to another using that small diagram in the lower-left corner and the player will advance. I found it to be a bit finicky, though; it wouldn’t register my swiping most of the time, so by the time it would register my swipe, it would be too late for my baserunner to advance, since the ball has already been fielded.

All of this isn’t to say that RBI Baseball 14 isn’t a worthy title. If you get the game for your Xbox 360 or PS3, you can play it with friends and family on the couch, and the non-serious, arcade-style gameplay will have you joking around and talking trash for hours. 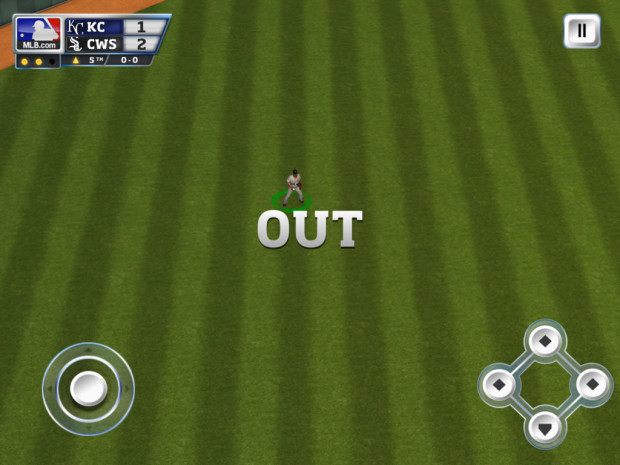 The only problem is that the game is a huge downgrade from the MLB 2K series (if referring to Xbox), and it still has us yearning for a proper baseball video game to come to mobile devices. There are several realistic sports titles available for iOS, including Madden, FIFA and the NBA 2K series. Why in the world is there not one for baseball yet?

RBI Baseball 14 is fun for the whole family, and it’s probably a better game if you play it on a console, compared to a touchscreen device, but true baseball fans will ultimately be disappointed by the lack of features and the barebones gameplay.