There are all sorts of competitive spaces out there in the mobile App world. One of those spaces is the “save something from the web and read it when you have the time space”. I’d call that the read it later space, but this post should explain why I don’t do that.  Currently there are a number of ways to save things you want to read at a later time, whether that reading be on a mobile device or on a desktop or laptop. Instapaper, Evernote, Readability, Apple’s Safari browser, and others have ways of allowing you to send what you’re reading to online storage for retrieval later. Some of these services plug into mobile RSS readers and applications like Flipboard and Zite, allowing you to clip from your mobile device as well. All have desktop and laptop browser add-ins or extensions to make it easy to clip and save. One not in the list above is the App Read It Later.

At least there was until today. Read It Later has gone through a major update and also a name change. The App (and service) is now called Pocket. The new Pocket is now completely free. Previously there was a free version and a paid “pro” version that gave you more features. The new free version contains all of the features of the previously paid pro version. It also offers a very nicely re-designed UI built for hi-res (read Retina) displays. And yes, that means seeing prettier pictures and prettier video.

I’ve included two pictures below of the reading list from the previous iPad version of Read It Later and now the iPad version of Pocket so you can see a comparison. The new version certainly feels very much like an iOS App. Sharing is easy and you have multiple destinations to share things to. You can also choose to favorite an article or video to make it easier to find if your reading list gets as long as mine. You can now do some bulk editing of articles with some features (trash, tagging, sharing). There are over 300 hundred Apps that can work with Pocket. 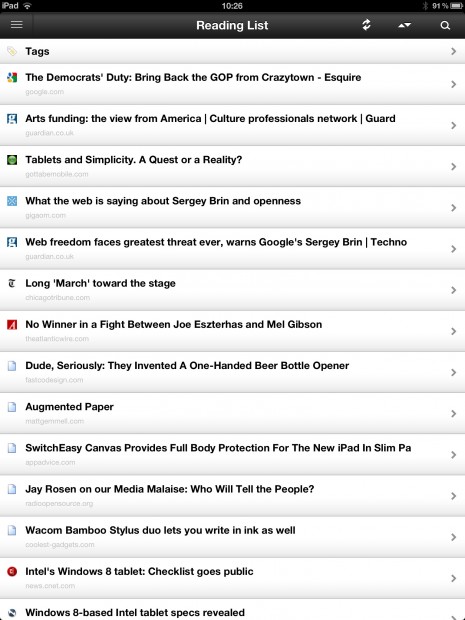 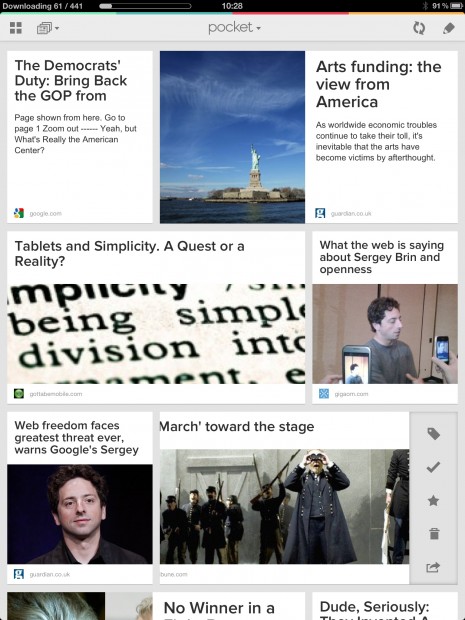 Pocket is making a big point about video and photos as there statistics say that 40% of items saved are not articles. They include video, photos, travel arrangements, and recipes. So, it appears that Pocket is a shift towards Evernote-like storing of information for later retrieval as opposed to just being competitive in the reading articles later space.

I’ve used all these services that are out there and continue to use them all. Some of the articles and info I save are things that I do want to hang on to for a longer period as opposed to just having it to read when I’m stall surfing. Call me crazy, but for this kind of information I don’t want to just trust one service. So, if it is something I really want to keep around, I’ll save it to multiple services. You never know when a service will go out of business or get bought by another company in this day and age.

That’s not a slight at all against Pocket. It has served me well in the past and the new changes look like they will offer me some new options in the future.

The gallery below includes screenshots from both the iPhone and the iPad versions. 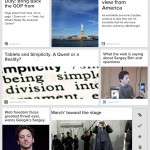 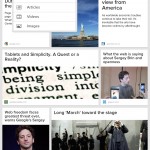 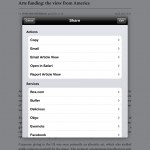 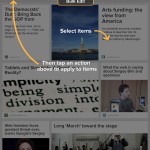 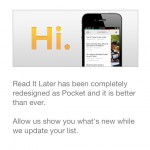 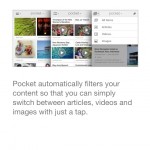 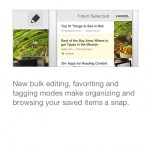 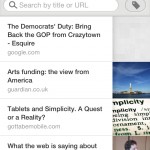 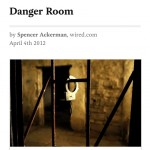 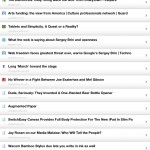