If you’re thinking about jailbreaking your iPhone 6 or iPhone 6s, here are ten reasons why you should do it.

The iPhone 6s is one of the best smartphones on the market, but one of the biggest complaints that users have is mostly about the operating system. Compared to Android, iOS is locked down pretty severely. Customization options are pretty much non-existent, and Apple keeps a lot of nifty apps out of the iTunes App Store because of their strict guidelines.

However, this is where jailbreaking comes in handy. By jailbreaking your iPhone 6s or iPhone 6, you can essentially break free from the so-called “walled garden” and customize your iPhone to your heart’s content, as well as download apps that Apple wouldn’t allow you to download in the first place.

If you’re debating whether or not to jailbreak your iPhone 6s or iPhone 6, here are ten excellent reasons as to why it’s a good idea. Sure, it can be risky, and there’s always the chance that your iPhone won’t be as stable as it could be, but that’s significantly worth it compared to all the benefits of jailbreaking.

By default, the iOS lock screen isn’t all that useful. It gives you the time and shows you any notifications that you may have, but that’s about it.

However, if you jailbreak your iPhone 6s or iPhone 6, you have access to a handful of tweaks that allow you to make the lock screen extremely useful by putting all sorts of information on it so that it’s only a click away without unlocking your device. 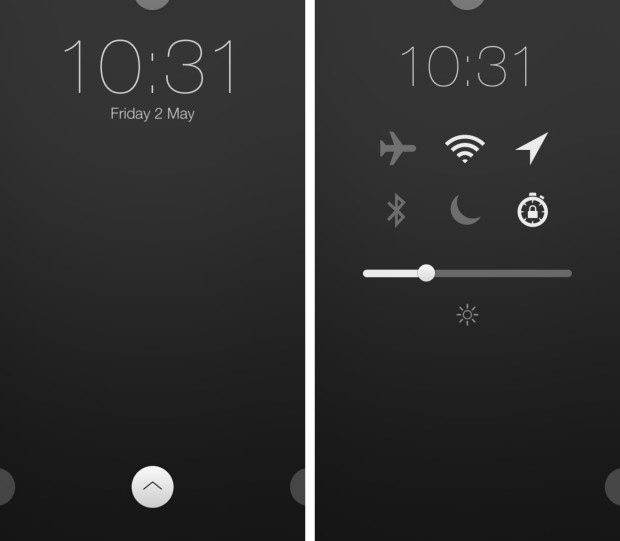 There are plenty of lock screen replacements for jailbroken iPhones, but perhaps none are as beautiful and comprehensive as Convergance, which was first released a couple of years ago.

Convergance turns your iPhone’s lock screen into multiple lock screens with different kinds of information on each screen, and you can swipe through those different pages with ease.

For instance, swiping to the left will give you toggles for WiFi, Bluetooth, LTE, volume, etc. Swiping down will provide you with your calendar and any reminders that you have set up. And of course, swiping up will open up the camera app as always.

Notifications are neatly organized into app icons on the lock screen, and you can view notifications for each app individually, which eases down on the clutter that the default lock screen can have.

Apple is notorious for banning all sorts of apps from the iTunes App Store. It mostly has to do with safety and preventing any malware from making its way in, but it also has a little bit to do with competition, as Apple has been notorious for not allowing certain apps in that clearly are no harm to anyone. 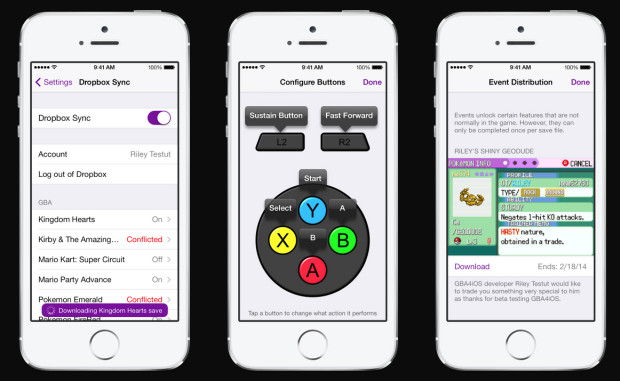 In any case, jailbreaking allows you to install these banned apps anyway. Usually, iOS apps that get banned from iTunes make their way to Cydia, which is the jailbroken version of the iTunes App Store in a way. From there, you can download the app without Apple ever intervening.

Examples include video game emulators, backup apps, etc., all of which you can usually find in Cydia without a problem.

One thing that makes Android great is the ability to set your own default apps, so if you don’t like Google Chrome, you can set a different web browser as a default. The iPhone doesn’t allow users to do this, but jailbreaking your iPhone brings this functionality to those users.

There are a handful of tweaks that you can install that can change the iOS default app to another app of your choosing, like using Google Chrome instead of Safari, or using Google Maps instead of Apple Maps.

Control Center on iOS is awesome, but it could be so much better. Thankfully, jailbreaking allows you to customize Control Center. 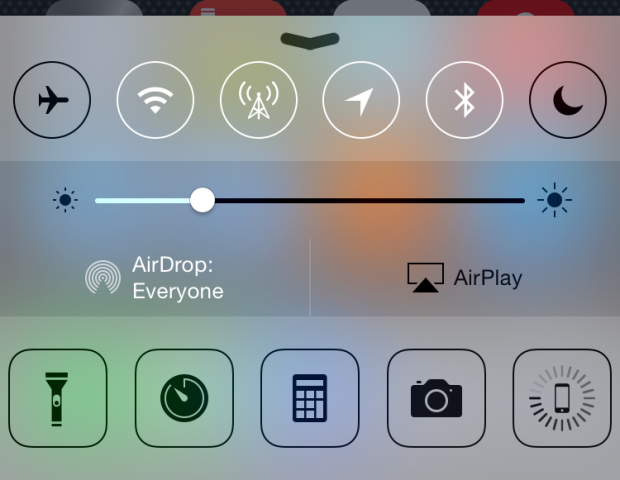 Touch ID on the iPhone is awesome, but it’s limited to only a handful of apps right now and its functionality could be used in so many more ways. However, jailbreaking unleashes it. 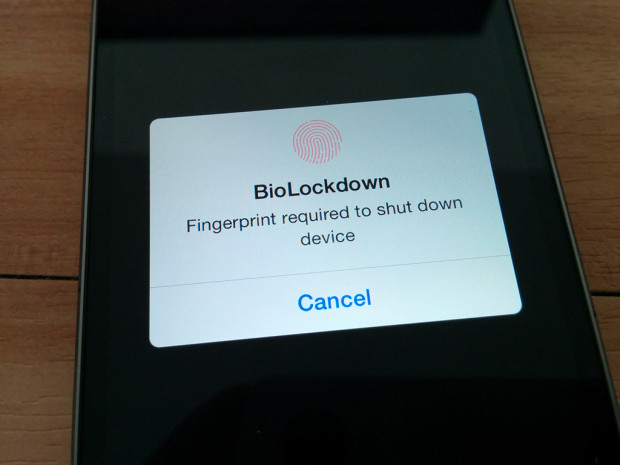 For instance, a tweak called BioLockdown allows you to add a layer of security to your iPhone in a way that Apple wouldn’t normally allow. Not only can you lock apps with a fingerprint using the tweak, but you can also restrict certain settings and only enable them with the scan of your finger.

For instance, if you don’t want others disabling WiFi when they get a hold of your phone, you can set a fingerprint lock on that toggle to prevent others from disabling the WiFi, and the same goes for other toggles and even shutting down the device itself.

Find My iPhone is handy, but it’s still full of loopholes that really don’t make it as much of a theft deterrent as it could be. Simply turning on Airplane Mode will render Find My iPhone useless, and all it really does is locate your lost or stolen iPhone.

However, there are several jailbreak apps that are way better than Find My iPhone, including iCaughtU. 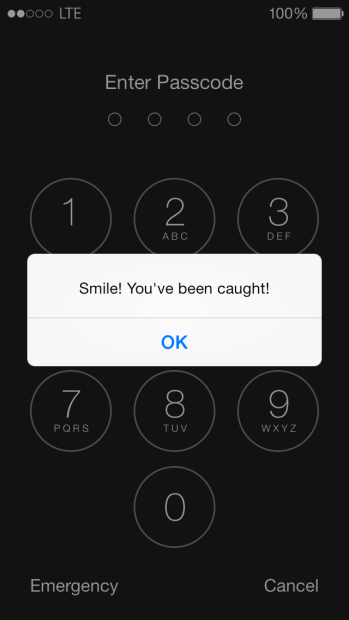 It’s is pretty much like Find My iPhone on steroids. Find My iPhone allows you to easily locate a lost or stolen iOS device, but iCaughtU takes things to a new level.

The tweak allows owners to set up a handful of different security measurements on their iPhone, like when a thief enters in the wrong passcode, the front-facing camera takes a photo of the perpetrator and emails it to the owner, along with the location of the phone and a map. You also can’t turn off the device when it’s locked, preventing thieves from erasing their tracks.

iOS 9 has a fantastic user interface, but if you want to tweak it just a little bit, there are several jailbreak tweaks and apps that you can use. Springtomize 3 is perhaps the most popular option.

Springtomize is one of the most popular jailbreak tweaks around, and the developers behind the app have recently updated it to work with iOS 9. There is a whole heap of customizations that you can make to you iOS device with this app, including hiding unused apps, resizing icons, creating nested folders, changing fonts and much more.

With a jailbroken iPhone 6s or iPhone 6, you can make your device easier to use, and there are many apps that allow you to make all sorts of shortcuts, but Activator is probably the best option. 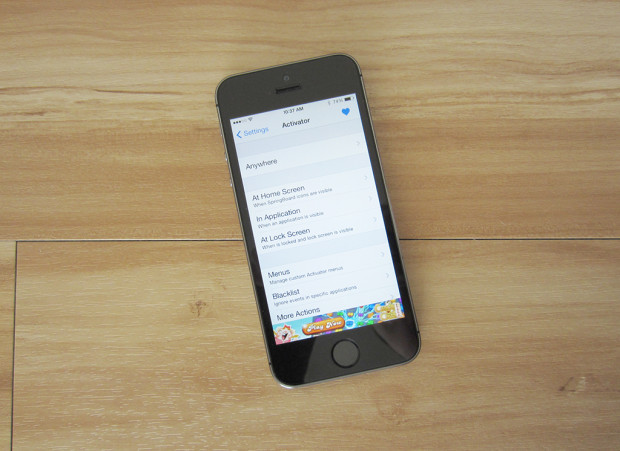 For example, you can set up shortcuts for just about anything, like activating the LED flashlight with a triple-click of the Home button, or activate Siri using another button instead of having to hold down the Home button.

The possibilities are pretty much endless with Activator and we’re glad it was finally updated with iOS 9 support.

Get Rid of iOS Annoyances

There are a lot of small things in iOS 9 that are huge annoyances, and jailbreaking allows you to fix those annoyances and customize your iPhone exactly how you’d like.

There are a ton of single-purpose jailbreak tweaks that you can download for free on Cydia. Hate how folders don’t close after opening an app from within a folder? FolderCloser can fix that. There’s pretty much a tweak for everything.

Bend Apps to Your Will

While you can adjust and customize all sorts of things within iOS itself, third-party apps aren’t left out of the fun when you jailbreak.

There are many tweaks that aim to improve and fix annoyances inside third-party apps as well. Flex 2 is a jailbreak app that includes jailbreak tweaks within itself that you can enable.

You can even create your own jailbreak tweaks with the app, but if you’d rather not get into that whole spectrum, then you can primarily just hangout in the user-created section, where you can browse all of the tweaks that other Flex 2 users have made.

Just scroll through the list of apps (which is a list of apps that you currently have installed, hence the “Installed” tab at the top), tap on one, and then a list of all the available tweaks will be viewable and ready to download and install whenever you want.

For instance, someone created a neat tweak for Dropbox that allows users to keep uploading photos despite the battery being below 10%. By default, Dropbox requires users to plug in their device if it’s under 10% battery in order to continue uploading photos. You can’t change this setting in the app, but Flex 2 allows you to change it without a problem.

3D Touch is a cool feature on the iPhone 6s, but jailbreaking can make it even better, including adding 3D Touch to older iPhones.

There are several tweaks available that focus on 3D Touch, and all of them are really cool. You can add 3D Touch to older devices, even iPads, and you can also create your own Quick Action shortcuts on the home screen.

There’s also a tweak that provides 3D Touch Quick Actions for the Cydia app, making it easier to use from your iPhone’s home screen.