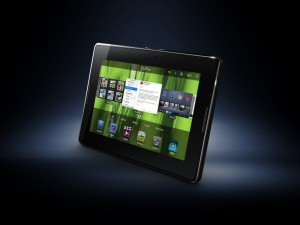 Research in Motion’s recent firmware update released to the BlackBerry PlayBook tablet may have the ill effect of killing the tablet’s battery sooner than before the update. The device’s battery life was called into question before the tablet was even made available for public consumption, and RIM has promised a full day’s of power with its 7-inch iPad competitor geared at the enterprise market.

The OS update brought a number of new features to the tablet, and these features may be the culprit behind the shortened battery life. These features include a new video chat application and integration with BlackBerry Messenger (BBM) via the BlackBerry Bridge connection to a a BlackBerry smartphone.

RIM has acknowledged the decreased battery life issue and suggests two things that may help some users with increasing the time between recharge on their PlayBook tablets. First, the video chat application may continue to run in the background until a user accepts the terms of use agreement, and RIM suggests that users accept those agreements right after the software update to gain better battery life. Second, RIM suggests cycling the battery through several full charge and discharge cycles to optimize the battery.

However, as CIO notes, these steps do not seem to work for all users, and what is really interesting is that battery life may be correlated to the amount of storage you have on your tablet–the PlayBook comes in either 16, 32, or 64 GB variants like Apple’s iPad–and that higher storage capacities tend to yield longer battery life for some PlayBook owners.

As early reviewers of the tablet have noted, RIM has been aggressive with updating its tablets, sending frequent OS update to the device even before it was commercially available. Hopefully, RIM will continue to fine tune the PlayBook and continue to optimize its performance and battery life, as well as bring new and much requested features to the tablet. The company has promised that compatibility with select Android apps along with PIM apps will be coming soon.