Users on the United States’ third largest wireless carrier, Sprint, will now have a custom color variant of the HTC One flagship to call their very own, complete with a special radio experience.

Starting this Friday, August 16th, Sprint users can purchase the HTC One in what it’s simply calling ‘Red’ for the same $199 price that the HTC One in Black and White. Any user who purchases the HTC One will also find they have access to a new radio application dubbed NextRadio on their device.

Sprint is describing NextRadio as an application where the battery savings of FM radio meets the conveniences of internet radio. Instead of using the device’s mobile internet connection to stream the user’s favorite radio stations, NextRadio uses the on-board FM radio on the HTC One and HTC EVO 4G LTE to find the user’s local radio stations. It then uses the device’s internet connection to display the name and recent comments made about the song that they are listening to. 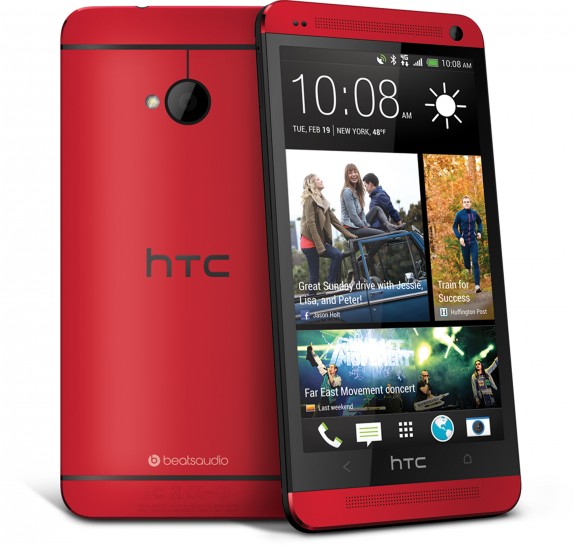 The Red HTC One will only be available on Sprint.

Listeners are also be able to share comments about their favorite radio station DJs and programs with the stations themselves in real-time. They’ll also have the ability to buy the song right from the NextRadio app itself. Sprint says that it’s the only wireless carrier in the United States to offer the experience, although other HTC users from any carrier are able to download the application from the Google Play Store now.

As for the Red HTC One itself, only the device’s outer casing has changed. Virtually every metal surface on the White HTC One is shaded red, while the white accents across the device are now solid black. Potential users can still look forward to a device that feels substantial and premium in the hand.

Inside, it’s still the same device that won GottaBeMobile’s Editor’s Choice Award earlier this year. That includes its front-facing BoomSound speakers, 4.7-inch 1080P HD display and speedy 1.7 GHz quad-core processor with 2GB of RAM. While Sprint users might have something to rejoice about, prospective HTC One users on other carriers aren’t so lucky: Sprint will be the only carrier offering the Red HTC One, according to today’s press release.

For a limited time, Sprint is also offering users the opportunity to buy one HTC One device and get another free.