Later this month Redbox will launch a new streaming movie service to compete with Netflix called Redbox Instant by Verizon.

The new service will offer streaming movies and four nights of DVD rentals from Redbox kiosks for $8 a month. There’s also a Blu-ray rental option for $9. Both options include unlimited movie streaming from Warner Bros. and the Epix TV channel.

Unlike Netflix, which has a lot of older movies and a large collection of TV shows, Redbox Instant focuses mostly on popular movies. Redbox kiosks carry the top 200 movies recent movies from major studios at all times, and the streaming service wil have 5500 movies to choose from. The streaming movies come from the libraries of Warner Bros., Paramount Pictures, MGM, and Lionsgate (the latter three are part owners of Epix). 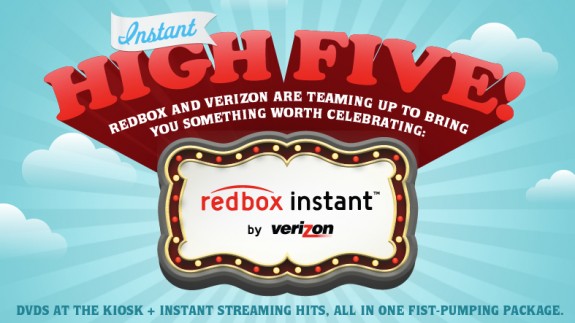 The service will exclude video games, which kiosks rent out for $2 a night.

Redbox Instant will start as an invitation-only service and grow from there. The streaming service will work on computers, mobile devices, Blu-ray players and smart TVs. It’s not clear which mobile device it will use, but iOS and Android seem likely. Although Netflix and Amazon Instant Video have video game console versions, Redbox Instant will not be available on video game consoles at launch.

While the option to rent DVDs and Blu-rays from kiosks makes Redbox Instant different from Netflix and Amazon, both competing services have access to the same movies. Epix has a deal with both Amazon and Netflix to stream its movie content to users. The competitors also have deals with Warner Bros., though those deals include a lot of restrictions for Netflix and focuses on TV shows for Amazon.

By leaving out TV shows Redbox Instant leaves out a large number of users. A recent Nielsen study showed that more and more Netflix users use the service primarily for TV shows because it lets them watch entire seasons at their own pace. Redbox Instant will ignore those people to focus on those who only want to rent and stream movies.