In a posting on Redbox’s support site, which has since been taken down, launch details and pricing information for the instant video streaming service was revealed. The service, which hopes to take on Netflix’s Instant Streaming and Amazon’s Video on Demand internet streaming business for movies and TV shows, will be delivered through a partnership with Verizon and be called Redbox Instant by Verizon. 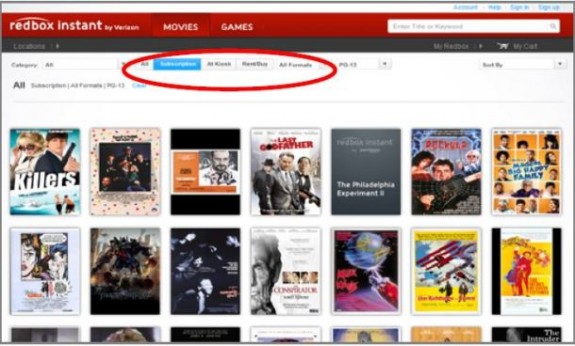 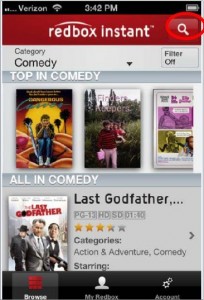 According to the leaked posting on Redbox’s site, the service may launch as early as December 17th with dedicated apps for Android, iOS, and Xbox 360. As the service makes use of Microsoft’s Silverlight technology, rather than Adobe Flash, to deliver the streaming content, platforms without dedicated app players or Silverlight support for the browser may be out of luck. The service will be available via the browser (Silverlight plugin required), along with select Samsung TV and Blu-Ray players as well as the mobile apps mentioned.

With HD streaming, Redbox Instant by Verizon would definitely make the case for Verizon Wireless’ recently available HTC Droid DNA worth getting with its gorgeous 1080p full HD display, but limited 16 GB of on-board, non-expandable storage.

Subscription prices begin at $6 per month with unlimited streaming, though content selection is said to be smaller than what is available on Netflix’s streaming catalog. Newer titles are also part of the deal. There is an $8 subscription plan that gives users credits for up to 4 DVD rentals per month at Redbox kiosk locations. 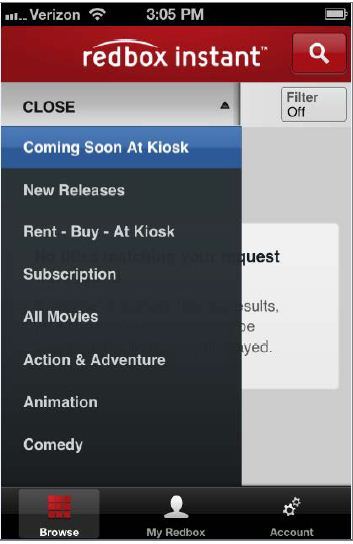 In addition to unlimited streaming with subscription, Redbox will operate a model similar to that of Amazon, which will also allow users to rent a la carte titles without a subscription online and even purchase movies. Those content can be stored on select devices for later offline viewing, which will be beneficial for business travelers who make long flights. A la carte rentals begin at $0.99.

And according to GigaOm‘s digging, Redbox’s closed beta help section advises that some early beta testers won’t be able to access or redeem credit for the bundled DVDs via the $8 per month subscription plan until December 17th at select kiosks, suggesting the service may not launch until that date.