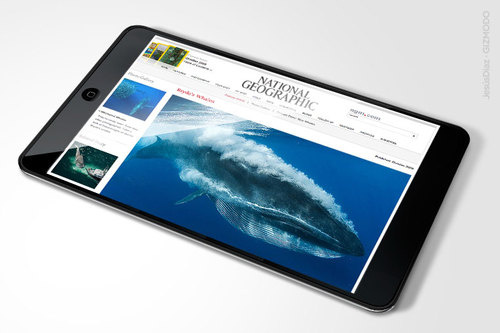 Gizmodo is running a piece quoting various unnamed sources from some named companies saying that Apple had approached them about “putting paper on a ‘new device.'” The companies range from the New York Times to McGraw Hill and Oberlin Press. As the Apple, and now Microsoft Tablet, rumors heat up to white hot speculation, I am continually amazed at how close this is to parts of the original Tablet PC vision for reading magazines, books, and for students using textbooks. Rob Bushway keeps dropping Twitter bombs here and there about this, and he’s thinking much like I am. This was a no-brainer vision back in the day, and it is no-brainer vision today. The fact that current day stores don’t delve back that far is a problem of Microsoft’s making, but then historical precedent usually remembers those who succeed and don’t fail, even if the early failures lead to future victories.

What’s changed? Amazon made eBooks viable with the Kindle is one of the main reasons. The technology is closer to allowing the grand vision to get closer to reality. And of course, the sudden collapse of the economy exacerbated the rate of decline in all forms of delivering print media. But, and I’ve said this before and will continue to repeat it as the rumors continue to spiral into dreams of books and periodicals on small devices everywhere, the real keys to this becoming a success are two fold.

Those are the two biggest obstacles in my opinion. Both can be overcome but change won’t come easy. Look how long it took the music industry to catch on. (Some say they still have a ways to go.) In my opinion, if intelligent thought and strategies match the vision that these rumored new devices offer, we’ll one day remember the days of “what’s a Tablet for anyway” in the same way we now view typewriters.