Oh, HP Slate or, as you’re properly called, HP Slate 500 Tablet PC. Been a long road, more than ten months since you graced the stage at CES2010. In that time, you’ve died and come back more times than Michael Myers, providing me with quality distractions along the way. Here, I present the last of those distractions. 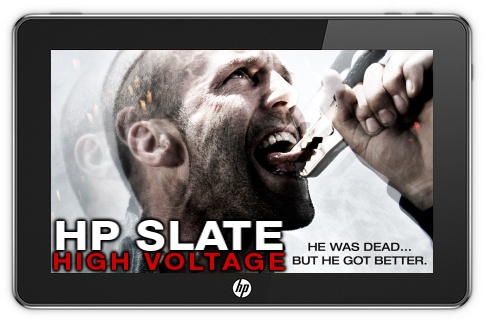 I had this one in the hole since the last bit of rumor, but I thought it might be a bit too “shocking”. The “HP Slate is dead” rumors started in April with a story by TechCrunch that was quickly shot down by NetbookNews.de, opening the door for the “I thought you were dead” game. That was followed by uncomfortable silence from HP, a sharp turnaround from their online media blitz which came to a sudden halt. I theorized that was due to the stunningly strong sales of the iPad, which should have forced everyone to rethink their tablet strategy. Word of an Android-based HP tablet followed. Then we heard more solid rumors about their webOS tablet.

Had a lot of fun with that, but I’m glad it’s over. Not only was I tired of waiting, but I’d run out of easy “I thought you were dead” references. Great to have the HP Slate officially on the not dead list. Here’s a gallery of the good times we had disputing the greatly exaggerated rumors of its demise. 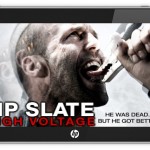 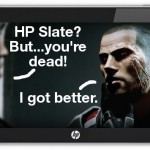 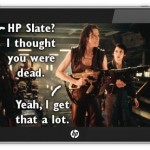 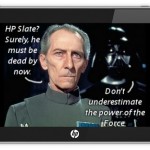 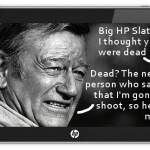 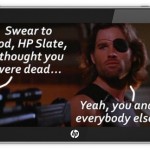