There has been a lot of talk about the possibility of Apple bringing its own mapping service to the next incarnation of iOS with the purchases of Placebase and Poly. However, a new report indicates that the company will not be including it in its newest version of iOS, iOS 5, that is likely going to debut at this year’s WWDC. 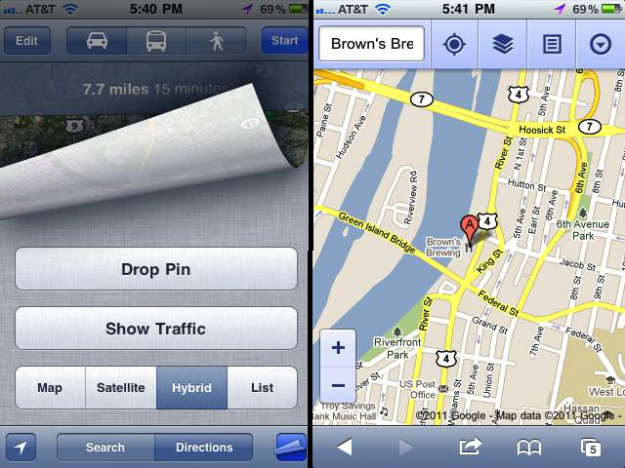 A source has told 9to5Mac that Apple plans on keeping Google Maps but will likely add some improvements – hopefully turn-by-turn navigation – to the Maps application with the upcoming release of iOS 5.

Of course, nothing has been confirmed by Apple which leaves open the possibility of something different happening at WWDC but it’s appearing likely that Apple will stick with Google at least for the time being.

This year’s WWDC will be a rare one in that Apple is unlikely to be announcing a new iPhone, instead focusing on its upcoming software updates, Mac OS X Lion and iOS 5. A new iPhone is expected to be announced at Apple’s fall event with a release coming at some point in September.