Reports are circulating that Microsoft’s ARM Tablet OS, better and curiously known as Windows RT is going to cost OEMs an average of $85 per unit to license. The source for the report is VR-Zone. It’s writers were talking to OEMs at Computex Taipei on the differences between building Windows and Android Tablets and the price range they were hearing was between $80 to $95 per unit.

If the report is true, and of course Microsoft isn’t talking, that piles up some pretty steep overhead on a Windows RT Tablet before you even start counting the beans it will cost for the hardware. 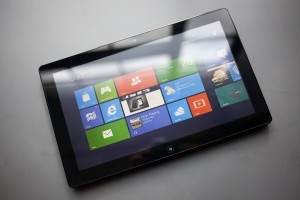 Like others, I find the report possibly on the sketchy side for several reasons:

Price point has got to be a selling factor for these Windows RT Tablets. If it isn’t Microsoft starts off with a real problem out of the gate.

I’m not sure why the OEMs would be speaking this freely about the pricing structure at this point, unless it is intended as a slap at Microsoft. And that’s probably not a smart move in any regard.

But then again, this kind of move wouldn’t be that out of character for Microsoft.