The well-connected Sascha at netbooknews.de, who seems to have all sorts of HP Slate knowledge bottled up, has it on good authority that the reports of the HP Slate’s death have been greatly exaggerated. 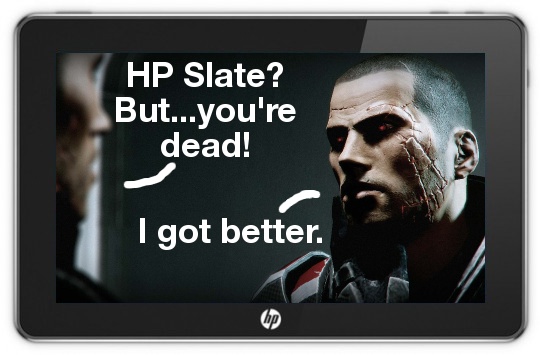 Per his source at HP, the report that the Slate has been axed is “very, very improbable if not even an impossible piece of news!”

Of course, Sascha’s on German time, so I don’t know how that translates into American time. That response might be from yesterday or a week from now. International time zones confuse me. Pending an official announcement from HP, we just don’t know for certain, but it is curious that there hasn’t been one yet.