Out of every ten laptops sold in the first quarter, one had a touch screen.

That’s according to DisplayBank and as reported by The Verge. DisplayBank is a market research analysis firm that tracks display trends in traditional and mobile devices. The firm believes that out of the 46 million laptops that were shipped in the first quarter, 4.57 million of them had touchscreens.

If these numbers are accurate and continue to climb it could mean huge shifts for the laptop form factor as whole, which has seen much change in the last ten years or so. 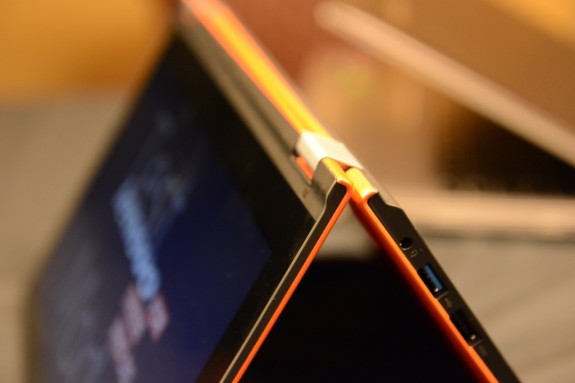 The Lenovo IdeaPad Yoga 11S folds from notebook to tablet thanks to these hinges.

Because quality touch-enabled displays have higher costs than those of displays without touch, devices with them are more expensive to produce. While some laptop vendors have passed most of that cost on to consumers, more still have chosen to take the opportunity to cut costs in other ways, like using traditional spinning hard drives in their machines, or eliminating the extra cost and heft that’s associated with build-in CD/DVD drives.

Read: Windows 8 Touch Interface Impresses But Is it Enough?

This could also be a huge validation for Microsoft’s Windows 8 strategy. While the company did design the operating system’s new Metro-style applications and interface to work well with trackpads, keyboards and mice, many would argue that it’s sometimes painfully clear how much more natural interaction with the operating system is when used with a touchscreen.

Many Windows vendors like Acer, Dell and HP are expected to announce even more Windows devices that include touchscreens at this year’s Computex hardware show. Computex 2013 begins June 4.