MVNO mobile service provider Republic Wireless, which launched with a strings-attached fair use unlimited offering for $20 per month, entered a lot of heat when customers and press found out that its definition of unlimited voice and data meant unlimited over WiFi. The company has heard user complaints and has changed its policies in a gesture of good will. Republic Wireless now has amended its policy to mean unlimited offerings either over WiFi or through a cellular network.

“Some of you advised that we just step back from being ‘unlimited’,” the company says. “Rather than revising our fair use policy, we’ve decided not to have one at all. There will simply be no thresholds, and no risk of losing service.” 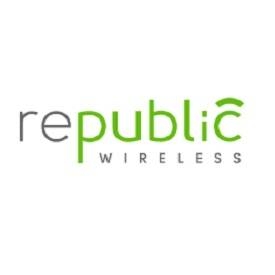 Republic Wireless allows customers to make calls and data connections over Sprint’s network, but the company encourages users to use WiFi whenever available to offset data loads in what it is calling a ‘hybrid model.’

Republic Wireless operates on Sprint’s Now Network and the company buys Sprint service wholesale and resells it to customers. It’s unclear at what discounted rate Republic Wireless gets its service for, but Sprint, for example, offers a truly unlimited voice and data plan for $99 per month, or five times what Republic charges.

The Republic Wireless service is still in limited beta right now, and customers interested in the all-inclusive $20 per month talk, text, and web plan can sign up on the company’s web page.

The benefit of going with Republic Wireless is that it uses Sprint’s national footprint so you won’t have to worry about roaming or areas of non-service that’s typical with smaller, regional carriers. It’s unclear how profitable Republic Wireless’ model or how sustainable the rate plan will be. In the past, Sprint had acquired some of its MVNO and pre-paid brands, such as Virgin Wireless, which was offering pre-paid service using Sprint’s network similar to what Republic Wireless is doing today.