Digital Inking is how I got into Tablets in the first place, back in the day. Digital Inking is a sum of moving parts. It involves the screen, the stylus and your hands. Everything has to feel right for you to feel right about doing something you learned to do as a child with pencil and paper but holding electronics in your hand. In my view, in order to have a successful Digital Inking experience the way your hand works with the stylus and the screen has to feel not just natural, but transparently so. If you have to think about the tools as you’re using them, you lose the point.

Microsoft’s Tablet PCs nailed the Digital Inking experience before they fell out of favor. That was helped along by Microsoft itself as it moved more towards a world of mutli-touch. Capacitive screens took on some interesting combinations to support both the pen and the finger. The first moving part is the screen, or at least the part known as the digitizer. Active digitizers are the best for Inking. Passive digitizers are not. Wacom still owns the market for capacitive screens that work well with a stylus. In fact the Digital Inking experience on a Galaxy Note 3, which features a Wacom active digitizer, is one of the best current implementations of Digital Inking I’ve seen in a while. You can read through the GBM Archives on Digital Inking here. 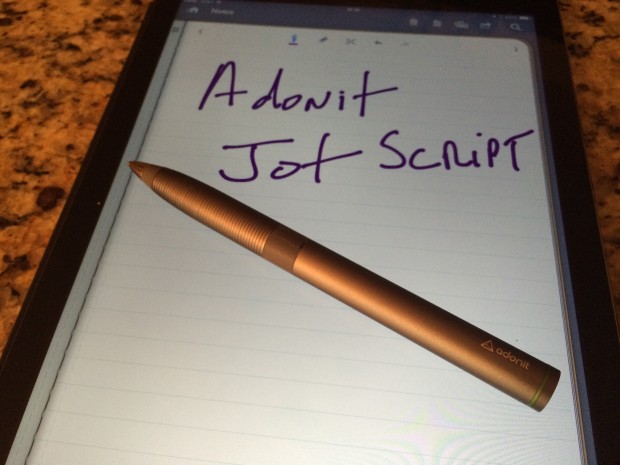 When the iPad came along, Tableteers and Digital Inkers wanted to know how capable a device it would be to use with a stylus. Given that Mr. Jobs wasn’t very fond of a stylus, the iPad wasn’t built with that in mind. But that didn’t stop some innovative App developers for coming up with solutions over the years, that, while not on par with an active digitizer equipped screen, come pretty close, depending on your Digital Inking needs. These Apps have incorporated Palm Rejection (also called Wrist Projection) that allows you to write with a stylus while your hand rests on the screen, creating stray marks and stopping the input from the stylus.

Stylus makers have also been working hard to create devices that work with the iPad screen. We’ve seen Bluetooth solutions, clip on solutions, pens with buttons, and a variety of different stylus tips and styles to try and make the Digital Inking experience on an iPad work. Again, depending on your needs, some of these solutions work just fine.

Read: Inking on the iPad

One of the early Apps to incorporate Palm Rejection was Penultimate. It became my Ink note taking app of choice, and by and large still is. Penultimate was bought by Evernote, itself a pioneer in Digital Inking back in the day, and incorporated into its ecosystem. Now Evernote has teamed up with Adonit to create the Adonit Jot Script Pen to be used with Penultimate for Digital Inking. Other Digital Inking Apps can also take advantage of the Adonit SDK to work with the Jot Script. Note: The Penultimate App was just updated yesterday, November 6, to work better with the stylus.

Unlike many of the styli we’ve seen since the launch of original iPad, the Adonit Jot Script has a small metal tip (1.9m). 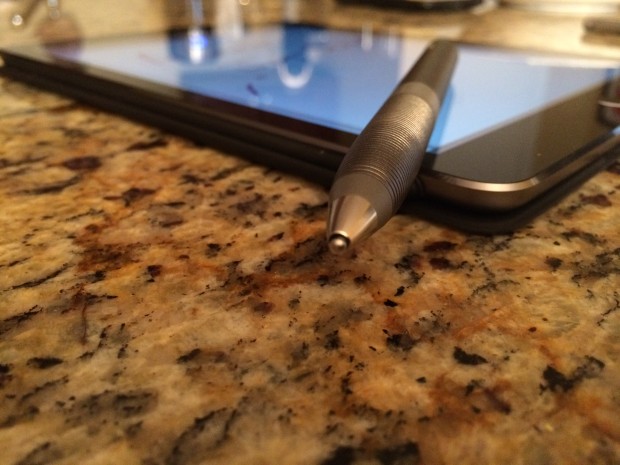 The tip of the Adonit Jot Script Stylus

The overall dimensions are the size of a regular pen. The design of the stylus actually feels quite good in my hands. It works via Bluetooth 4.0 LE on the iPad and is powered by one AAA battery. With the tiny metal tip the aim is to create more precision in your Digital Inking, as opposed to the rubberized and mesh tips and plastic circle guides we’ve seen from other makers.

The Adonit Jot Script has one button that powers it on and powers it off. Adonit calls the technology behind what the pen does when it hits the screen, Pixelpoint. Combining Bluetooth, the accelerometer, and the Adonit SDK the idea is to give you Digital Ink under the point of the stylus for more pinpoint accuracy.  The Adonit Jot Script costs $74.95 and can be purchased via Adonit or via the Evernote Market. You can also purchase the stylus through the Penultimate App itself which takes you to the Evernote Market.

The Penultimate App has undergone some changes as well. There’s now a feature called Zoom and Drift, where you can zoom into a page to write with more detail and the page will then drift along with your writing from side to side. Note that to use this feature and the Jot Script you need to turn off Mulit-task settings on your iPad. But I found that is something you should do with most Digital Inking Apps. 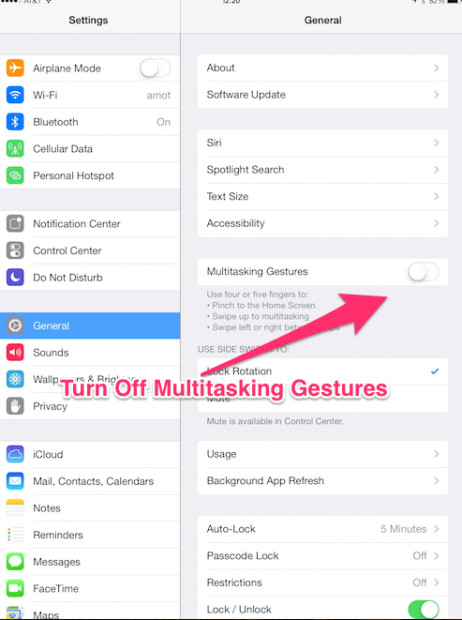 So, that’s the setup. How well does the Adonit Jot Script work? Not as well as I would like.

First for some context on how I take notes digitally with a stylus. I do most of my Inking in theatre rehearsals and meetings where I am furiously laying down Digital Ink on the screen. I’m a sloppy Inker. So that’s a context you need to consider when you read my thoughts here. The smaller tip does allow for more accuracy than some of the Jot Script’s competitors, I don’t think Adonit and the Evernote/Penultimate developers have quite figured out the mechanics yet. There are times where I can lay down Ink in a seamless manner and times where things skip and jump. That happens far too frequently, and I find that to be successful I have to write slower than I would like to.

The Zoom and Drift feature is not one that I would use because of my note taking style, but in working with it, I can see it being of use to some who need to make annotations. The metal tip of the stylus also makes an annoying clicking on the screen as I write. There were quite a few third generation Tablet PCs that had that same annoying click, and I find it distracting. At times the Inking will just skip and stutter and I’ve found the pen turning off randomly as well. I don’t think I’m hitting the power button to cause that because to turn off the pen you need to hold down the button for a few seconds to turn off the power. Maybe I got a lemon.

If my experience is any indication, I don’t think this is a ready for prime time product just yet. As you can see from the video I had very little luck creating a smooth or consistent Digital Inking experience. While no iPad Digital Inking experience well ever equal that of a Tablet PC, I find that using Penultimate with less expensive and less complicated styli works better for me in my digital note taking. Circling back to the beginning of the review the experience just doesn’t feel natural working with these moving parts.