Tablets and keyboards. Tablets and keyboard cases. Tablets and keyboard covers. When iPads were first released many thought they wouldn’t succeed without a keyboard. Then when keyboards started appearing some thought they would be useless appendages for Touch Tablets. Then the Tablet keyboard market took off and before you know it makers from Logitech, Belkin, Kensington, Zagg and others started pounding out keyboards for the iPad, the iPad mini, the Galaxy Tabs, and anything else that could pass for a Tablet. When Apple changed the dimensions of its original iPad Air, everyone knew it would be time for new keyboards. The original Logitech Ultrathin Keyboard Cover I owned managed to outlast an iPad 2 and iPad 3 and an iPad 4, so I was ready to say hello to a new model. 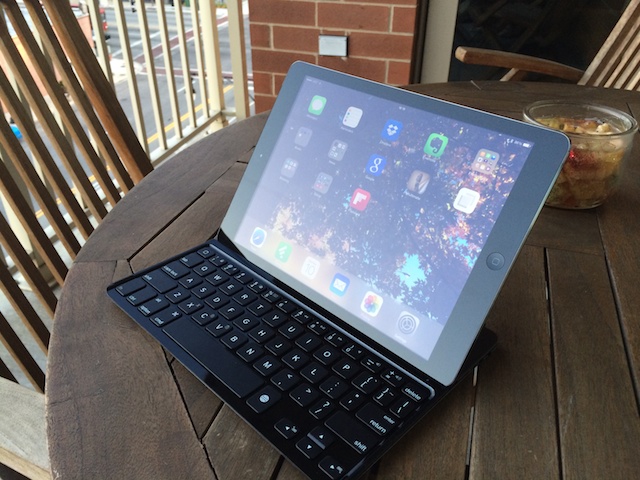 The Logitech Ultrathin Keyboard Cover for the iPad Air

Today the keyboard accessory market is filled with enough permutations and choices to make a consumer’s head spin. And with the release of the iPad Air, all of the makers are rushing to get new models onto store shelves for the holiday season. At least one may have rushed a bit too quickly. 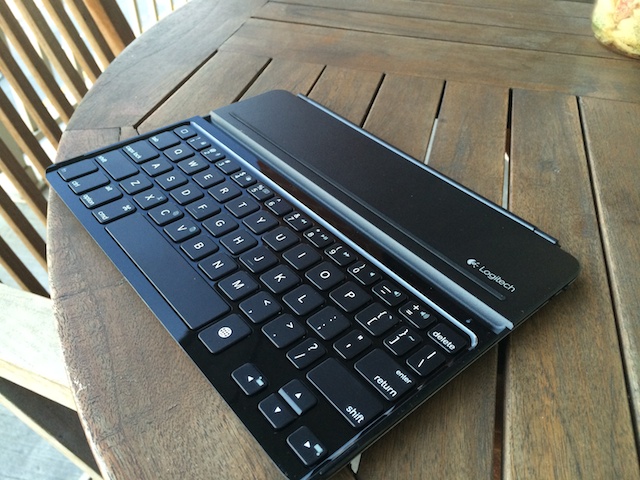 The Logitech Ultrathin Keyboard Cover for the iPad Air

I was always a fan of the original Logitech Ultrathin Keyboard Cover. The Ultrathin Keyboard wasn’t a full enclosure or case. It covered the screen only, leaving the back of your iPad exposed.  It used the iPad’s magnet system to hold itself fast to the iPad when in transit. There was a slot that you inserted the iPad into when you wanted to type and you could tell that the iPad was inserted correctly because there was a distinct and satisfying “click” that told you so. The keyboard communicated with the iPad via Bluetooth. The newer version of the Logitech Ultrathin Keyboard follows the same principles. It just doesn’t follow some of them as well. 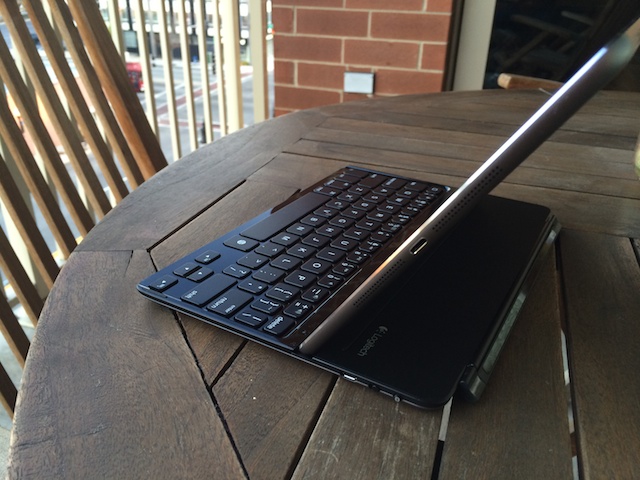 The Display Angle appears to be the same

As to using the keyboard for typing, the Logitech Ultrathin Keyboard Cover for the iPad Air has the same good action with the keys, if not a little better than the previous model. The layout feels good in my hands and under my fingers. I feel as proficient typing on this newer model than I did before and the design of the keys is a big part of that.

Where things went astray though is with the magnetic system. On the earlier model, once the iPad was connected in the slot, I could pick up the entire combination from the top of the iPad and tote it around if I needed to. The magnets do not work as well this time around. The satisfying “click” is not there as it used to be. (Sometimes I think I hear it. Sometimes not.) And, it is very easy to just lift the iPad Air out of the slot. With the previous model, you needed to tilt it forward a bit to release it from the magnets, unless you just gave it a swift tug. No swiftness or tugging needed here.

The same is true for the magnet system when you go to place the keyboard over the screen for travel. The magnets used to click on to the keyboard almost as if they were springing to attention. You can still get that same effect but you have to be much more precise about it with the iPad Air version. 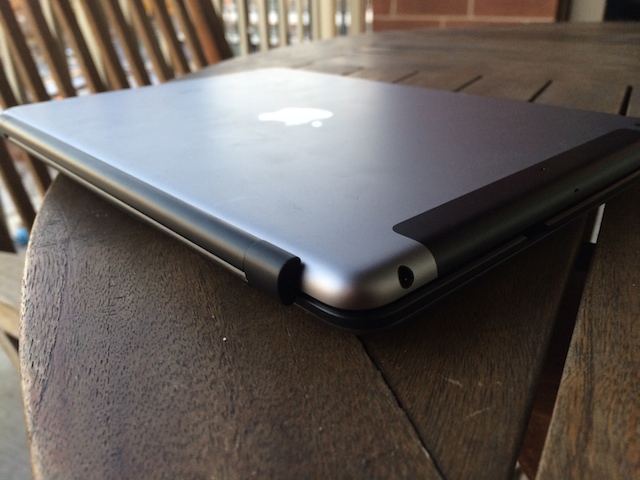 There are some other nice improvements since that first edition Ultrathin Keyboard. The area above the keyboard is now a matte finish instead of glossy which decreases fingerprints. I don’t think this is new with this version, but the keyboards now come in Space Gray or White to match your iPad Air color. When closed there is very little to distinguish it from the back of the iPad Air the finish matches so well. When snapped closed the combo does not add much bulk or weight to the iPad Air. It feels very compact, and if you have a sleeve case from a previous edition of the iPad, this combo closed will probably slide very nicely into that.

You can still use the iPad Air in portrait mode if that’s your fancy. Although, like with the previous model, the magnet system isn’t set up to work this way. And if you do set up your iPad Air this way, the entire rig feels a little more top heavy than with the previous version. 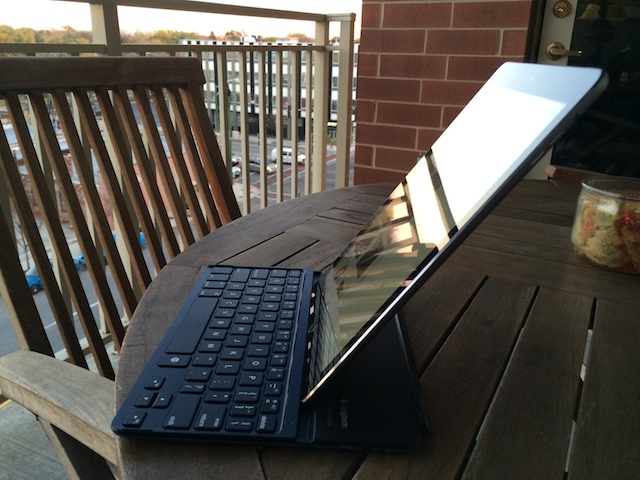 This is pure speculation on my part, but given that the previous version of the Ultrathin Keyboard Cover and other Logitech iPad keyboards I have tried had such a good solid fit and finish, my suspicion is that Logitech rushed this new iPad Air version to market. It’s obvious Apple made some significant changes to the magnets for the iPad Air and I just think the engineering is a bit off. The Logitech Ultrathin Keyboard Cover for iPad Air just doesn’t click with me or with its intended target the way previous models did.

The Logitech iPad Keyboard Cover for the iPad Air is now on sale for $99 at most retailers.