If you’ve recently purchased an HTC EVO 4G LTE smartphone for Sprint’s Now Network and are in search of a case, Seidio’s Active case offers a sporty look and stylish protection for your device. The case comes in two parts–a thin silicone sleeve as well as a metal case to offer more structured and hardened support for your phone.

To install the case, you’d first want to install the silicon sleeve by stretching it over your device first. The sleeve is molded to fit the shape of your HTC EVO 4G LTE. Next, you’ll want to prop on the metal backing, which is available in a number of colors such as red, white, black, purple, or blue. Our review unit had a red metal backing. You’ll want to carefully slip the prongs around the silicone as to not damage or puncture the silicone underneath, and the metal part should grip onto your HTC EVO 4G LTE and offer a secure fit. 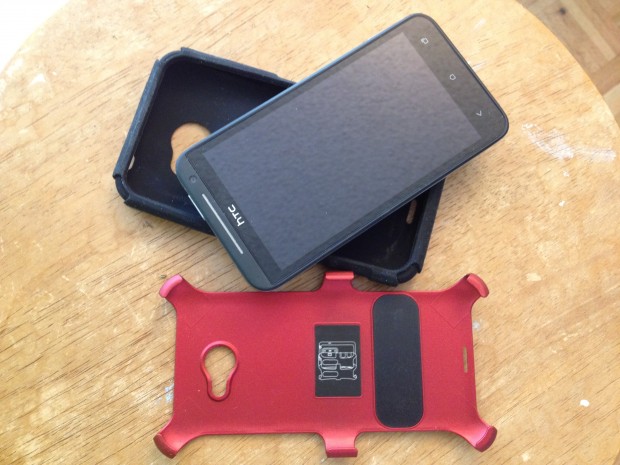 The dual construction offers both protection against hard drops and falls, scratches, and punctures. The silicone layer should help prevent the phone’s back from getting scratched and the hardened metal shell, which has a nice matte soft touch coating, will help the phone sustain damages if you drop it. 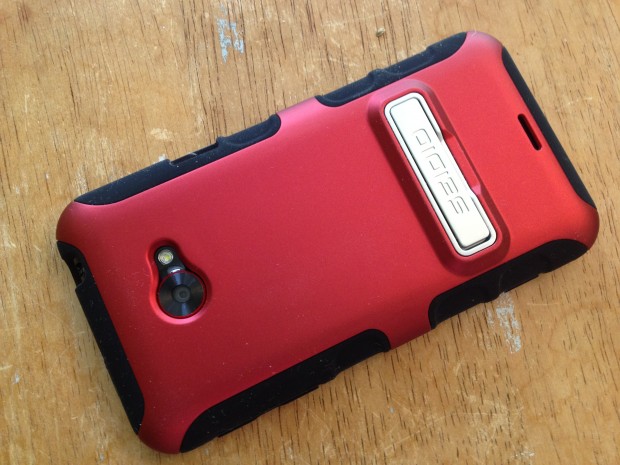 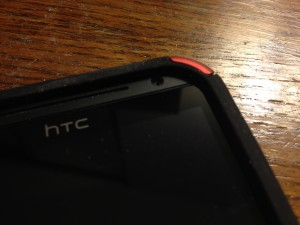 The nice thing is that the silicone layer wraps around and is elevated on top of the screen. Though the device doesn’t come with any protection for the display itself, this will help prevent scratching the phone if you place the HTC EVO 4G LTE screen side down on a table as the silicone elevates the glass a bit.

In addition to protection, the nice thing about this combo is that it does come with its own built-in kickstand. The kickstand is spring-loaded and is held in place with a magnet. As the kickstand is wider than the included kickstand on the HTC EVO 4G LTE itself, the kickstand on the Seidio Active case is easier to access and open with your fingers. I found the kicstand on the device itself a bit too rigid and hard to access, unless you have fingernails, so this is a nice built-in alternative to the included one that adds very little bulk to the overall size of the device. 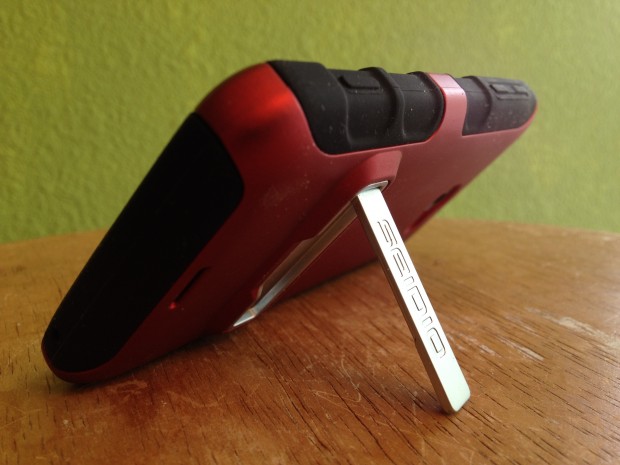 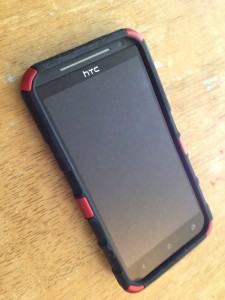 The case delivers its promise on offering a thin, light solution to protect your HTC EVO 4G LTE smartphone. A small quibble is that for the asking price, you don’t get a screen protector included. Also, over time, the silicone layer will attract dust and dirt. Dust may get trapped between the silicone and the phone, but you can easily wipe out any dust with a damp towel.

Also, I am concerned that if you repeatedly remove and reinstall the Active case–particularly if users need to swap memory cards on the HTC EVO 4G LTE–then the silicone portion of the case may become damaged over time, especially if you’re not careful with putting the metal portion back on.

A separate holster as an optional accessory is also available for those who like to wear their phones on their belts.

The Seidio Active case is available through Seidio‘s website for $35.