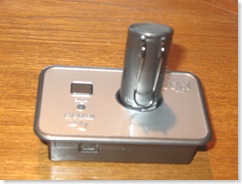 I have spent the last week using the Revolabs xTag microphone in a variety of situations. At the end of all this testing I feel somewhat conflicted. There are many quality features that make this a very positive microphone. And then there are several features that really hold me back in screaming with joy.

First of all, I would like to thank Martin from emicrophones.com for his generosity in allowing us to test the past several microphones. He has been more than willing to help in any way that he can.

So, here is the review. Some days, the positives outweighed the negatives. On several days however, there were some negatives that interfered with me having an overall positive experience.

The accuracy was approximately 96 to 97%. This is a great quality of accuracy in my rating scale. Certainly, this microphone should absolutely be considered if you are looking for a wireless microphone.

I still continue to enjoy the idea of sitting back in my chair with no wires attached. I could easily grow used to having this as an everyday occurrence. I absolutely love wireless!

Interestingly, I found that the placement of the microphone would vary on what shirt I was wearing that day. I think it would absolutely make common sense to use the audio setup Wizard on Dragon NaturallySpeaking on a daily basis when using this microphone. 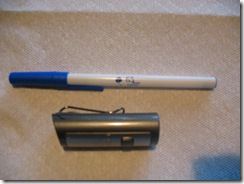 Secondly, every now and then the microphone would lose its pairing with the base station. This did not create a terrible problem. But it was an unnecessary problem. I can’t give you the reason as to why this occurred.

The base station, small as it is, still is a base station. Although only the size of a pack of cigarettes for those who need a portable set up this would require Velcro to attach it to the computer. Overall, this is probably a small problem for someone who does want a wireless microphone.

Is it worth $249? Absolutely, if your conditions warrant using a wireless microphone in a very quiet environment. Ultimately, I think the accuracy would increase to probably 98% with very quiet conditions. I do think it might take several weeks of user files being developed to get to that point.

I know, I know! Everybody has been saying to me that they can’t believe I would spend that much on a microphone. When you make your living using speech recognition this type of cost is negligible.

I want everybody to know I am still going to look at less expensive microphones. But when they let me loose in a candy shop and say take whatever you want, I really do like my fancy chocolates.

Next up: a microphone built into a stylus for use with tablet computers. I have been drooling to get my hands on this microphone. It makes so much common sense. I certainly hope it works extremely well.