A camera that works with the iPhone called the Ricoh Theta Camera takes a spherical 360 degree image with a single press of the shutter button. The user can later crop out the images they want to use thanks to software that runs on Mac, Windows and iOS devices like iPhone and iPad. The white camera fits in a shirt pocket and includes a wide-angle lens that pokes through the front and back of the device. A single button makes it a simple design.

Users take the camera out, aim it so that nothing obstructs the view, like the person’s body, and then snap the shot.

We don’t know the exact MP resolution. The camera’s web site only says that it offers a “high resolution” shot. 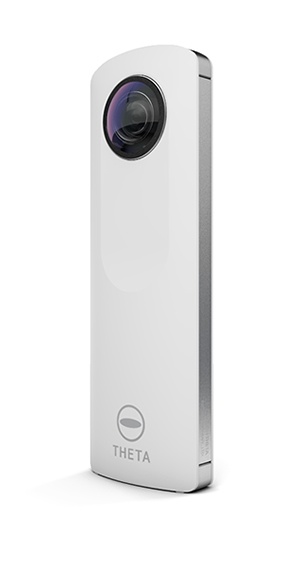 The Ricoh Theta camera paris with iPhone and takes 360 degree images in one shot.

The Ricoh Theta camera pairs to an iPhone or an iPad and downloads the images using the app designed to let users view and share their images via the phone app. The app also adds GPS location image to images taken with the camera while connected to the phone. 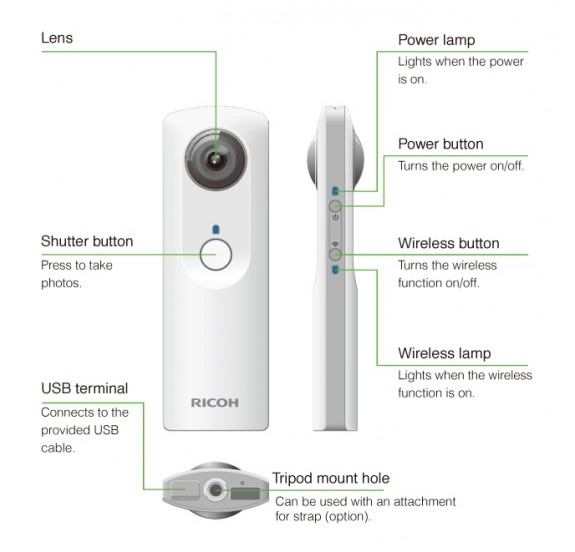 Prop the camera on a tripod and snap images from a distance using the app.

An application that runs on a Mac or Windows will download the images in their full resolution. The iOS app must lower the resolution, although they company doesn’t make this clear.

The Ricoh Theta costs $399 and will become available through Amazon in October, according to The Digital Story.

Some of the pertinent tech specs include the following: