Despite BlackBerry 10 coming out sometime in the next few months RIM is still releasing BlackBerry OS 7 devices like the new BlackBerry Curve 9320.

The BlackBerry Curve 9320 is just like every other entry-level Curve. It features the same iconic BlackBerry design with a 2.4-inch 320×240 display over a physical QWERTY keyboard. The phone uses an 800MHz CPU, and has a rear-facing 3.2MP camera.

With just 512MB of storage, the Curve 9320 won’t store a lot of data without a microSD card inserted. It will last quite a long time, though. RIM claims the new phone can last for 18 days on standby, or seven hours of talk time thanks to its 1,450 mAH battery.

The Curve 9320 features two programmable buttons on one side. RIM maps them to BlackBerry Messenger and the camera, but users can set them to whatever they prefer. 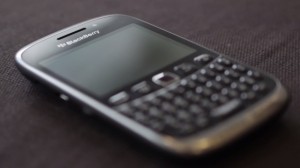 The new BlackBerry Curve 9320 is a good enough device for a new smartphone user who mainly just wants a physical keyboard. It is hard to recommend over similar entry-level Android phones or even entry-level Windows Phones, however. RIM recently stated that current BlackBerry phones can’t upgrade to BlackBerry 10.

Buying a new BlackBerry means in a few months the user will have an obsolete device with dwindling support. For that reason alone it’s hard to recommend even a prepaid BlackBerry.