With rumored release dates galore, it was only a matter of time before we heard from someone at RIM in regards to the BlackBerry PlayBook OS 2.0 release date that the company promised would be rolling out this month. Unfortunately, we still don’t have a concrete date for the roll out but BlackBerry senior brand manager Jeff Gadway has told PCMag that the update will be coming in February, as promised.

If you recall, we have heard both February 17th and February 21st pegged as possible release dates for the update but it appears now that it might not be rolling out until sometime during the  Mobile World Congress which is set to kick off in Barcelona later this month.

Assuming that that release window is true, that would leave February 27th-February 29th as possible roll out dates for the tablet’s much needed update.

The update will apparently be released Over-the-Air (OTA) which means those of you who own RIM’s PlayBook will be able to install the update without having to plug your device in. 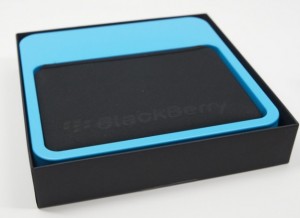 It will supposedly be a massive 400MB in size.

The reason it’s so big is because the update is loaded with a ton of features, features that the tablet has desperately needed for quite some time. BlackBerry OS 2.0 will be bringing essential features like integrated email, calendar, and contacts apps.

While the iPad 2 certainly had a significant impact on the PlayBook’s sales, the absence of  these key features surely played a part in the device’s poor sales as well.

In addition, OS 2.0 will be bringing support for Android applications that will be available not through the Android Marketplace but through RIM’s BlackBerry App World.

So while the 17th and 21st would be optimal for your PlayBook owners, it’s possible that we won’t see the software arrive until the very last days of the month.