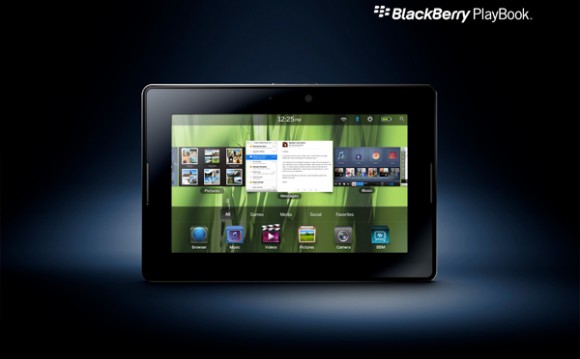 Research in Motion had a busy and productive week at CES and the company had finally unleashed its PlayBook tablets to the grubby hands of the masses to play, experience and enjoy. The company says that its PlayBook will be running on the BlackBerry Tablet Operating System, which is powered by QNX. QNX, known for its strengths in powering automotive infotainment systems in cars and for powering servers and other industrial and vertical devices, offers the PlayBook great multitasking capabilities along with the ability to deliver 1080p HD recording (via both the front- and rear-facing cameras) as well as 1080p HD video decoding on the device.

If webOS was the smooth, sweet and elegant powerful alternative to Apple’s iPhone when Palm had debuted the Palm Pre at CES, I believe that the PlayBook is similar to webOS in delivering this sweet spot for RIM. Given the webOS comparison, we’re not sure how the market will respond to the PlayBook. While the media had been favorable to Palm and webOS at the CES announcement, consumer reception for webOS and the Palm Pre at the Sprint launch had been lukewarm and thus far webOS has not been as competitive as Android has been against iOS.

Additionally, we’re not sure how open RIM will make the tablet platform considering its enterprise push, but the good news at least is that the company is working on launching the PlayBook with a PlayBook App World, RIM’s app store for purchasing and downloading apps. Unfortunately, though, regular BlackBerry smartphone apps won’t work on the tablet, which may put a damper on the already low levels of apps available on BlackBerry; Apple and Google are allowing thus far cross-compatibility between iOS and Android apps on the phones and tablets. RIM says that it is releasing important APIs to developers so that they can create compelling apps for the device that takes account of the hardware sensors and radios.

The BlackBerry PlayBook will be available in either 16, 32, or 64 GB configurations and will launch soon as a WiFi-only model. A 4G model for Sprint’s WiMax Now Network will be coming this summer, though 3G or 4G models from other carriers are not yet announced. RIM says that the PlayBook will work on WiFi or can be tethered via a BlackBerry smartphone over Bluetooth. While WiFi tethering can be achieved via a number of smartphones or even a mobile router like the MiFi units, Bluetooth tethering is so far limited to BlackBerry smartphones to deliver a secured connection according to RIM representatives on-hand. The reason that RIM decided to go WiFi-only at launch is that the BlackBerry-maker says that it wants to be able to make the PlayBook accessible and didn’t want users to have to sign up for yet another contract or expensive data plan.