RIM "BlackPad" may start at $499, ship in September 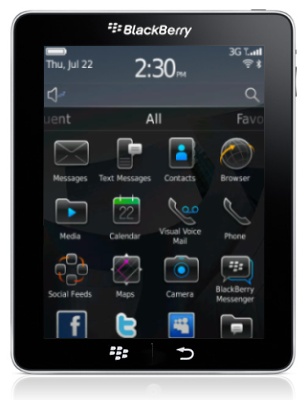 Digitimes passes along word that Chinese-language Apply Daily reports that Quanta will be building the new BlackBerry tablet, a.k.a. BlackPad, to start shipping in September with a price tag of $499.

The tablet (BlackPad) will support Wi-Fi and Bluetooth, as well as 3G through connection to a Blackberry smartphone. The device will be priced at US$499 and Quanta will start shipping orders in September with volumes to reach two million units in 2010 and eight million units in 2011, the paper added.

First, the name “BlackPad” is still not confirmed, and I can only hope RIM is just using it as a codename (I still think “BerryPad” has a better ring to it.) Second, the anticipated volumes, I’m sure, will seem either ambitious or low, depending on your perspective. They strike me as a tad conservative, but I think it’s all a matter of how RIM implements the project. Based on their current approach with BlackBerry 6.0 and the Torch, keeping their core audience happy by offering new features they want without sacrificing familiarity, I think RIM could do pretty well by getting their existing customers to augment their BlackBerry experience with partner tablet devices.