The good news is that early adopters of the BlackBerry PlayBook tablet can now BBM their BFFs to their heart’s content. The bad news, however, is that BlackBerry Messenger on the PlayBook is not a native app and requires a BlackBerry smartphone to be tethered over Bluetooth to the PlayBook in a process called BlackBerry Bridge. 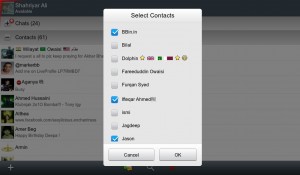 That said, the BBM app looks great on the tablet and makes use of a two-column view experience–a slender column in landscape mode for your contacts and a larger column on the right hand side for your messages. According to BlackberryIn, there are some glitches like the keyboard not automatically appearing inside a chat, forcing a user to manually activate the keyboard.

BBM via BlackBerry Bridge for the PlayBook is said to only work with a tethered BlackBerry smartphone running BlackBerry 6 OS right now. 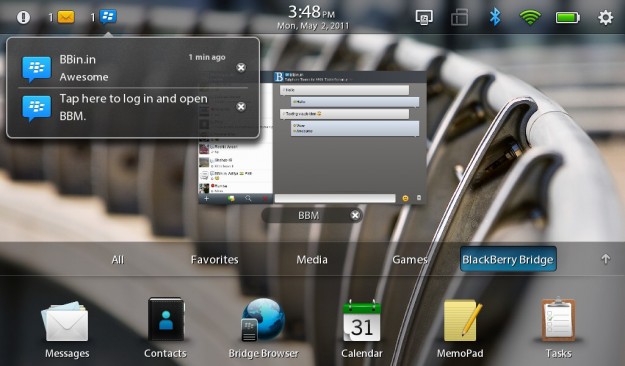